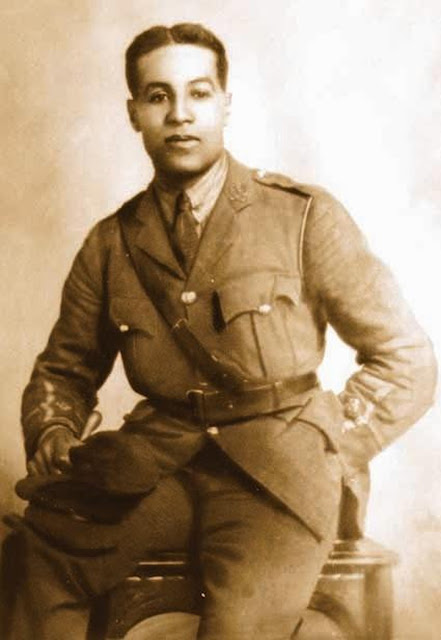 Walter Tull is a truly fascinating historical character from the early twentieth century.

The first black outfield English professional footballer and also the first black commissioned officer in the British Army (contrary to Military Law at the time). He served at the Somme and in Italy (where he was mentioned in despatches and recommended for the Military Cross).

Subsequently he was killed in action near the village of Favreuil in the Pas-de-Calais during the German Spring Offensive of March 1918 .

Whilst no one denies his bravery or service, the recommendation for the Military Cross was rejected (as) "he was not awarded the cross because, as a British citizen of non-European descent, he should not have been commissioned at all."

However that has not stopped campaigners and a petition has been launched requesting the Prime Minister to change the rules on posthumous awards and ensure Walter Tull is awarded the medal he was denied solely due to the colour of his skin.

In this day and age of vapid celebrities the story of men like Walter Tull deserves to be celebrated and promoted and if you wish to sign the petition to add your support to the campaign please click here.
Posted by Steve at 07:24:00