Following on from Les Boche I have painted two Nieuport-27s of the Escadrille N.87 Les Chats Noir (The Black Cats). 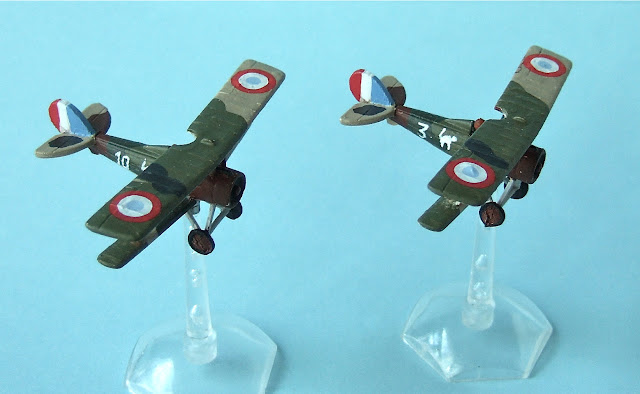 The models are ex-Skytrex, now manufactured by Red Eagle Miniatures. I decided to paint them in the French five colour camouflage for a bit of variety (though this means the "Black Cats" are painted white on the fuselage!). The markings are hand painted, so a bit rough, apart from the roundels on the wings which are Dom's Decals. 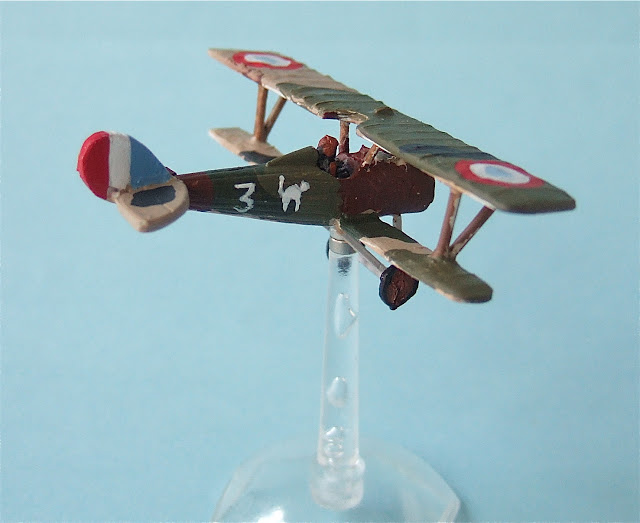 This Nieuport is that of Sous-Lieutenant Gilbert Discours who had four victories to his name, survived WW1 before flying combat missions in WW2. 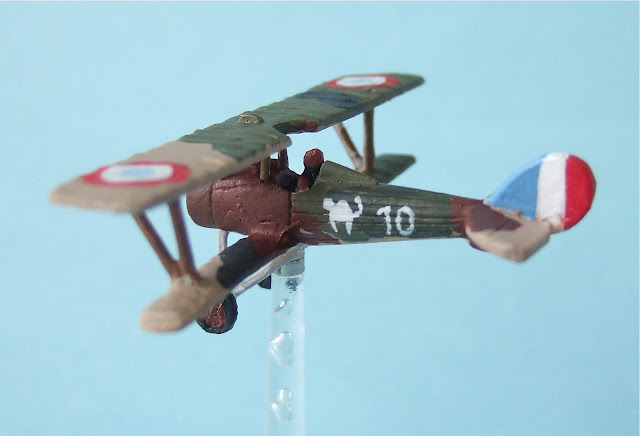 The second plane is that of American pilot Caporal William "Wild Bill" Wellman who enlisted as an ambulance driver, joined the French Foreign Legion, became a fighter pilot with two confirmed kills and after the war directed the 1927 film Wings amongst many others.
Posted by Steve at 12:21:00