I've been a bit under the weather today so I only managed a little bit of painting before "rain stopped play". My "Plane Month" research into Luftwaffe paint chips is not very inspiring and once I'd identified the Vallejo I need to buy I went off on a complete tangent and started re-reading the Ian Edginton and D'Israeli trilogy of graphic novels inspired by the War of the Worlds! 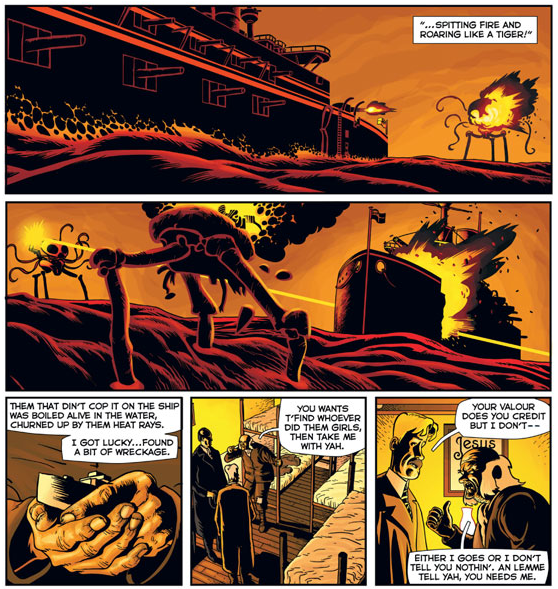 The first, Scarlet Traces, is a murder mystery set ten years after the Martian invasion in the War of the Worlds. The story is decent enough but what makes the volume interesting is the way that the British Empire has utilised Martian technology. There are tons of wonderful ideas including the Household Cavalry on mini-walkers for steampunk gamers. 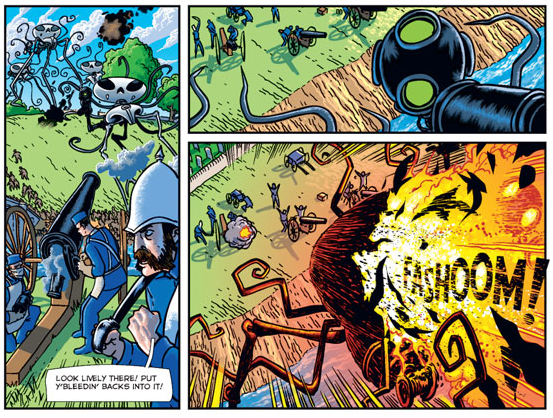 They then produced a prequel in the form of an adaptation of H.G.Wells' novel, amusingly retro-fitting characters form Scarlet Traces into the background and maintaining a consistent look to the Martian tech. This can be read an an e-comic online here. 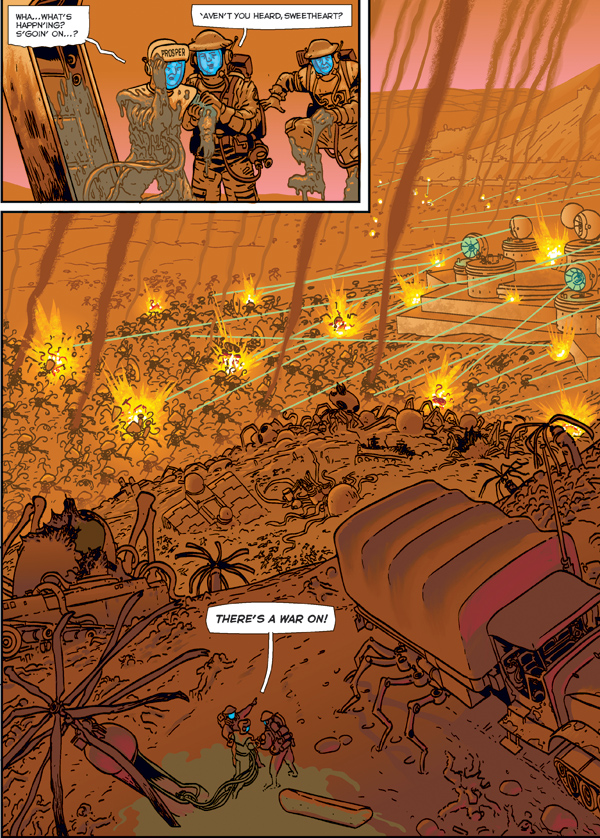 The final book of the three is Scarlet Traces: The Great Game which is set thirty years on from the original graphic novel during the counter-invasion of Mars with more of a Great War feel (though the spacecraft have a distinct Dan Dare feel). This concept would make for a really good wargame... 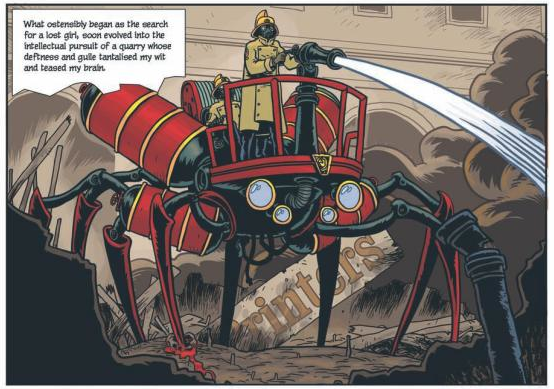 All are worth picking up and a nice break from Luftwaffe paint chips! 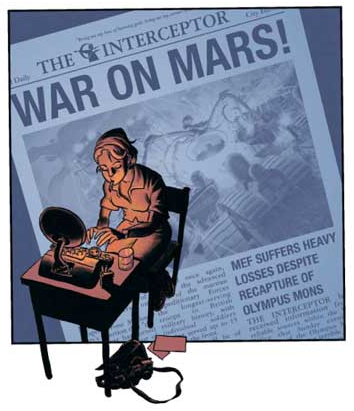