These are two Shapeways Airco DH.5's from the der Kampfflieger store. Not the most successful or WWI aeroplanes it is an interesting looking beast with the "back stagger" on the wings which is why I bought a couple... 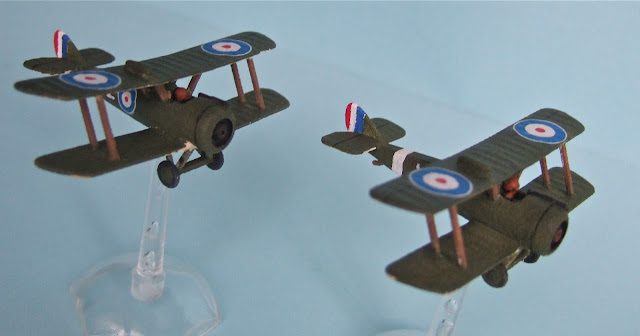 Unfortunately only the Royal Flying Corps and Australian Flying Corps used the DH.5 and it only saw active service in France. Imperial colour schemes of the period are extremely uninspiring PC10 all over so there was little latitude in painting the models. Roundels are Dom's Decals, everything else handpainted. 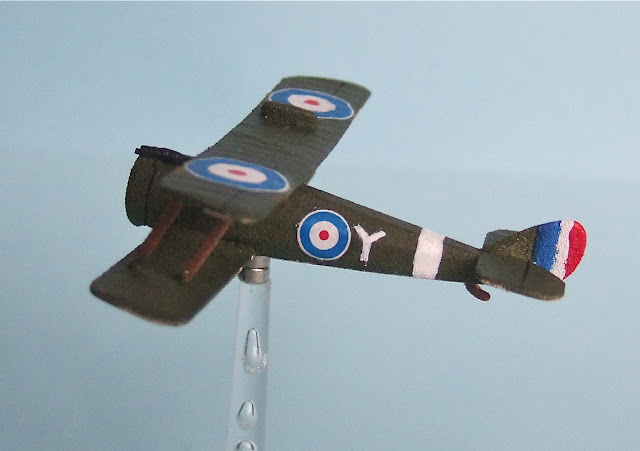 The Aussies used them for extremely dangerous ground attack missions during the Battle of Cambria so I decided to paint the models up as 2 Squadron AFC, this model being that of Lieutenant W.A.Robertson. 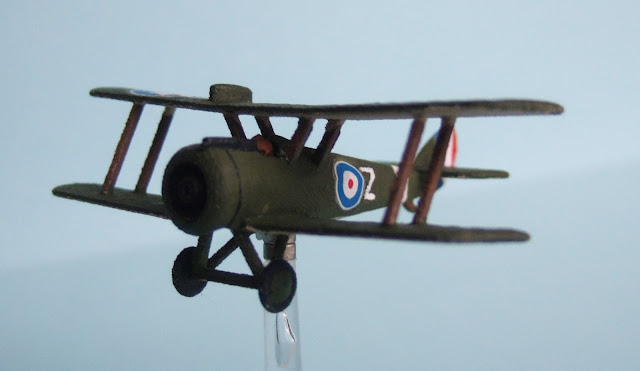 The second model is that of Lieutenant R.W. MacKenzie who is credited with shooting down at least on Albatross Scout during the battle and driving another to crash in a shell hole.