The first planes of 'Plane Month' are three Fokker D.VII's of Royal Prussian Jagdstaffel 15. The models are Wings of War pre-paints, repainted as appropriate with aircraft markings from Dom's Decals excellent Jasta 15 set (these are so good I am trying to resist the urge to create an entire Jasta!) 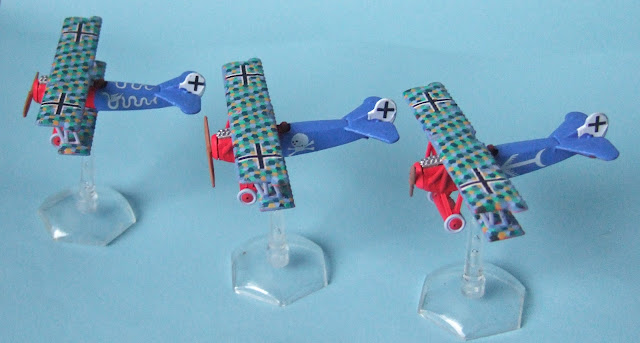 The re-painting was fairly minimal, just the fuselage to cover the pre-paints markings and some tidying up of the leading edges of the wings were the lozenge camo pattern was missing. 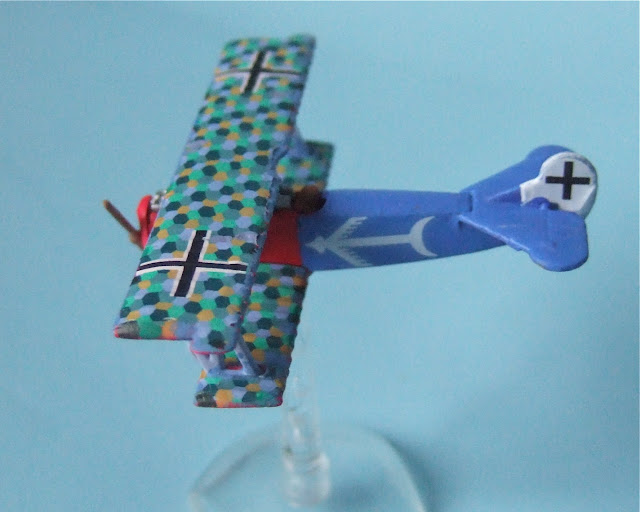 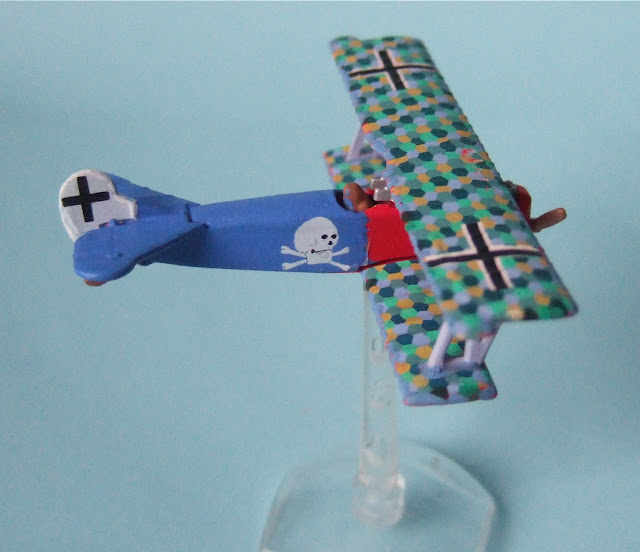 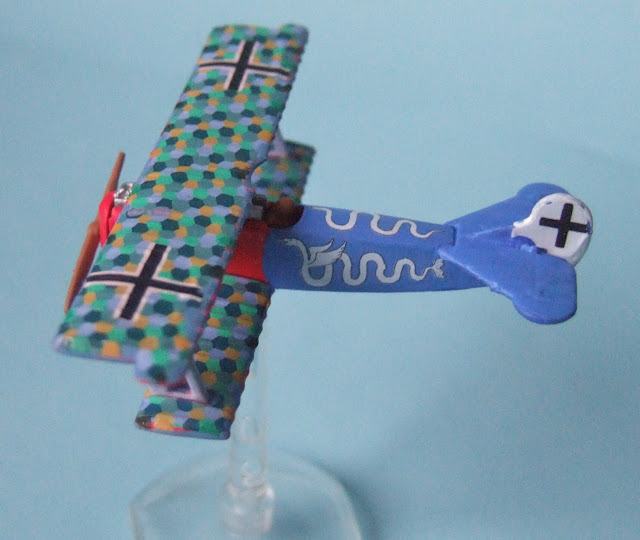 Leutant Hugo Schäfer's Fokker. The original pre-paint is of Schäfer's plane but Dom's decals for the model are better detailed so it is worth the effort in redoing the plane.
Posted by Steve at 07:21:00