I finished the Der Kampfflieger (Shapeways) Sikorsky Ilya Muromets Type V this morning, a very impressive beast in 1/144th. The wingspan is 205mm! 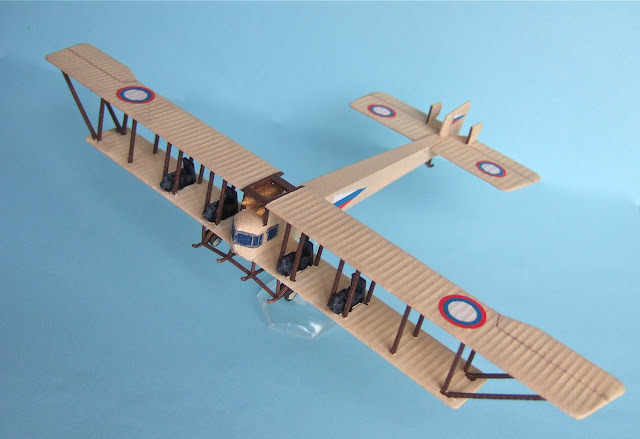 The Ilya Muromets served throughout the war  and into the Russian Civil War, launching bombing raids on German line positions in February 1915.

Only one plane was lost to enemy aircraft when in September 1916 when it was attacked by four German Albatros. It did however manage to shot down three of the German planes in the engagement! 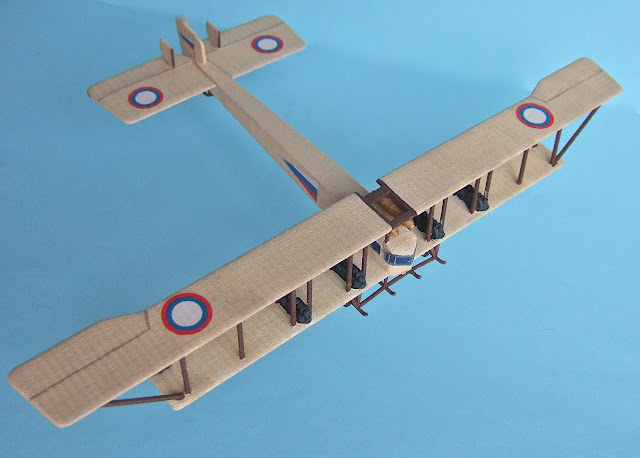 Painting the model is fairly straight forward, though all the struts made my eyes go a bit funny! I used Vallejo Bone as the overall linen colour, the decals are from 1/144 Direct.
Posted by Steve at 13:30:00