Sometimes the simplest ideas are the best. Move Call of Cthulhu from its standard 1920's setting to the 1940's and introduce Nazis. This is the premise of Achtung! Cthulhu, Modiphius Enetrtainment's new Cthulhu based role-playing game that is being funded on Kickstarter.

Whilst I'm not particularly interested in the RPG itself, the background and imagery are captivating as can be seen on this promotional video...

I have been wondering whether to join in for the PDF's as I think there is an excellent miniatures game here, probably using the Strange Aeons rules I bought a little while back. This idea has been reinforced by the concept illustration for one of the planned Acthung! Cthulhu miniatures - a Deep One Commando... 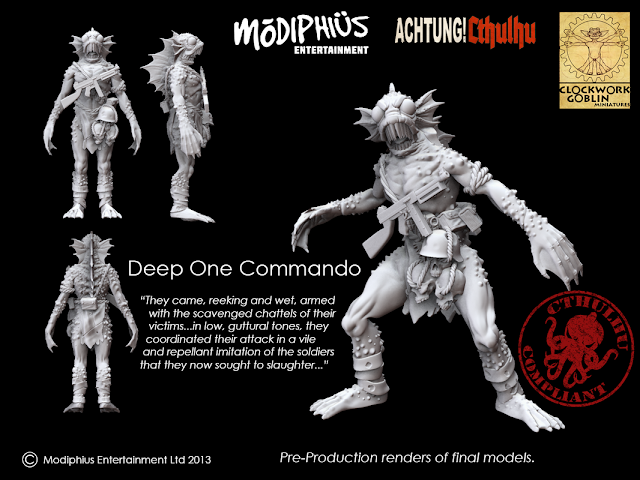 So simple an idea, it is brilliant and with my Reaper Bones Cthulhu coming sometime soon, surely a bazooka is the best way of taking him down?! 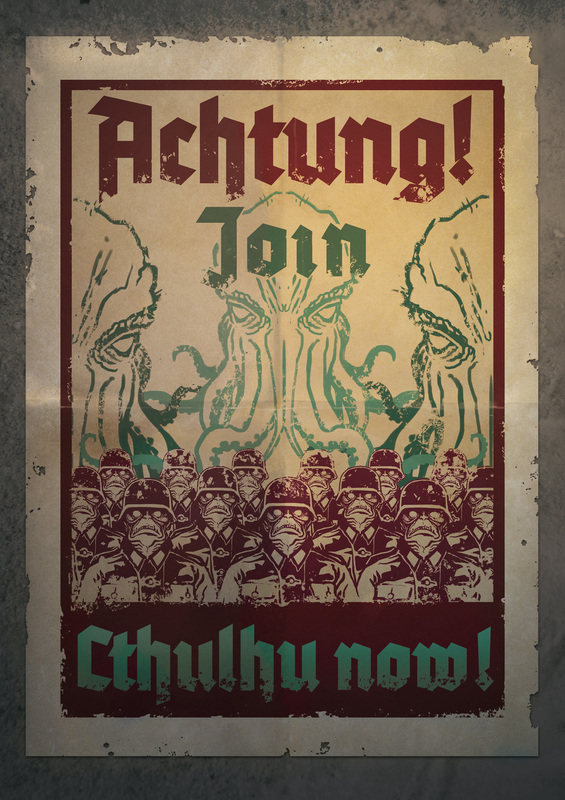