Back at the tail end of 2011 I posted about a product called Instant Mold, a silicone moulding material that softens in hot water and can be used to mould items in epoxy putty like Green Stuff. I picked some up a couple of months later but had not got around to using it until this weekend. 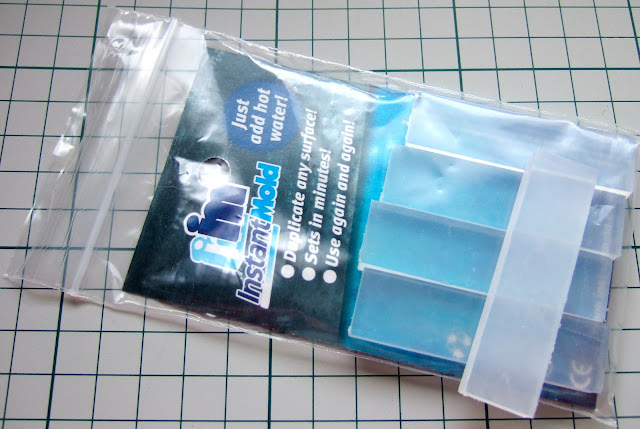 Building up two Revell 1/144th Spitfire MkI's I found the second model didn't have a canopy. Having picked these up off eBay a while back I was a bit scuppered in returning the item and given the cost anyway it would have cost more in postage to return the faulty goods. Enter Instant Mold... 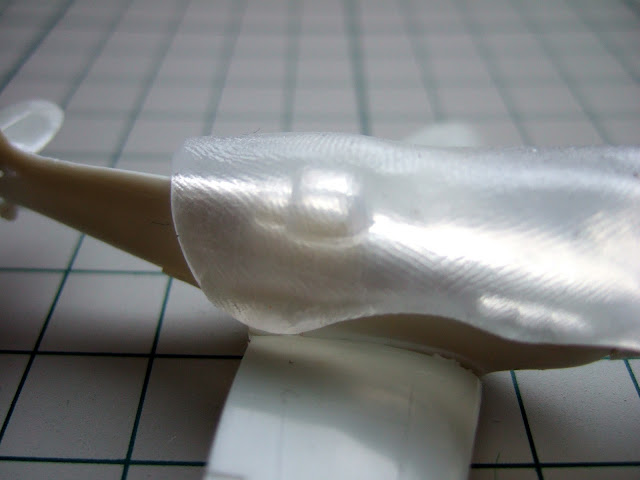 Using the first Spitfire I'm made up, I pressed the softened silcone stick over the canopy and surrounding area. Once it had cooled I carefully peeled the mould off and filled it with Green Stuff. 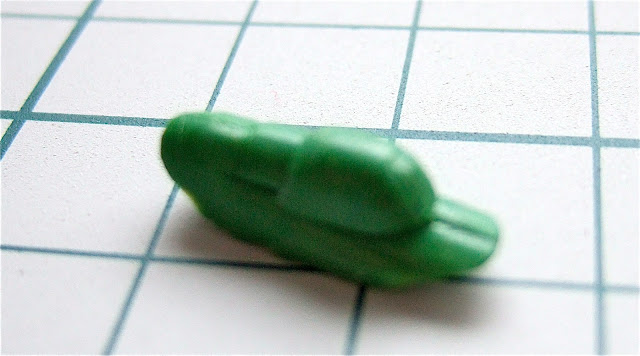 The next day I popped the Green Stuff out of the mould. As you can see, it has produced a decent Green Stuff canopy (apologies for the blurry photo). 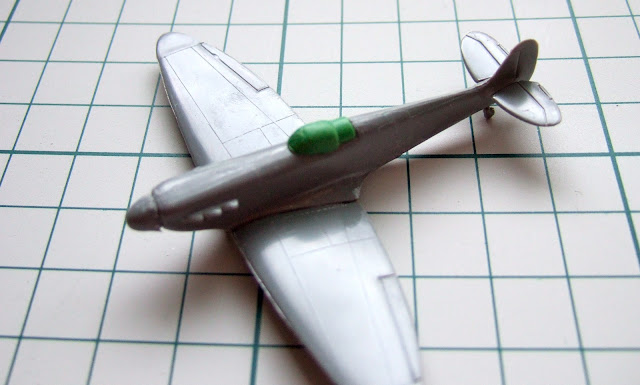 I then carefully trimmed away the excess Green Stuff and glued it to the model.

All in all a successful rescue and I am really impressed with the Instant Mold and am planning to try it out on some alternative pieces in due course. It is certainly worth having it in the tool box and the good thing is that it is re-useable, just drop it back in hot water to soften it and use again.
Posted by Steve at 11:30:00

Email ThisBlogThis!Share to TwitterShare to FacebookShare to Pinterest
Labels: AirWar: 1940