A little while back I picked up a 1/600th Takara Landkreuzer P1000 off eBay. The 1000 metric ton Krupp P-1000 Ratte, started construction but was canceled before completion. It would have carried two 280 mm guns (mounted in the same type of gun turret used in Gneisenau class warships), a single 128 mm gun, eight 20 mm Flak 38 anti-aircraft guns and two 15 mm Mauser MG 151/15 guns. 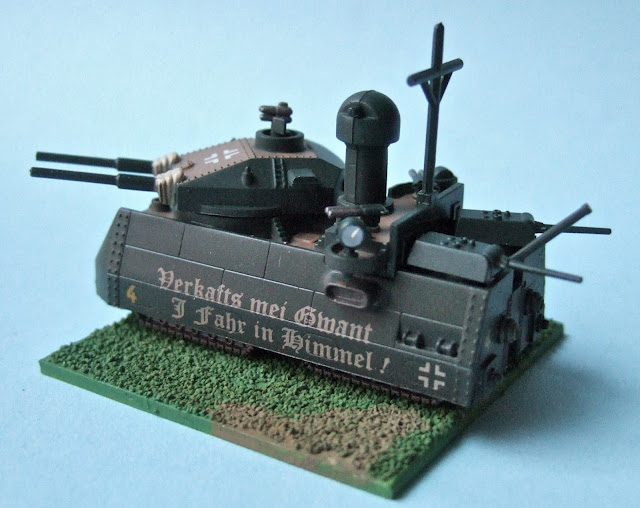 The Takara model comes pre-painted and it is just a case of attaching the turrets etc. I was looking at using it in some kind of Land Ironclads: 1946 variant game, though given the lack of Allied initiatives of a similar type it may be better to go down the Ogre game route or little things shooting a big thing... 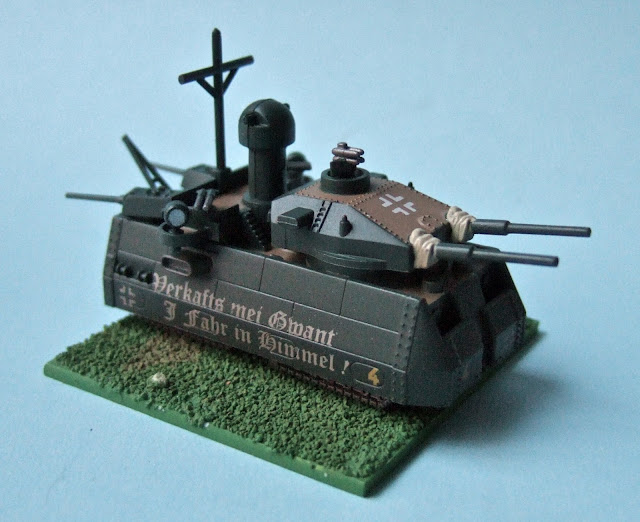 Having made the model up I've placed it on a standard 40mm x 40mm Land Ironclads base, which shows the size of the model but is a little too small for it. I'll probably mount it on a 60mm square on going forward and supplement it with some 1/600th Pico Armour historical models. 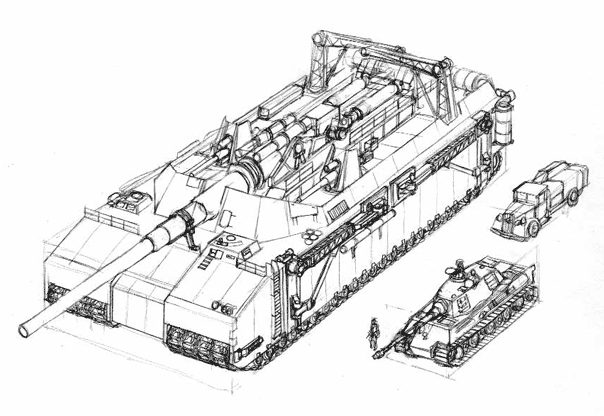 There was also a preprototype ultra-heavy tank, the Landkreuzer P. 1500 Monster, meant as a mobile platform for the Krupp 800mm Schwerer Gustav artillery piece, not sure if anyone makes a 1/600th version, but it would look impressive...
Posted by Steve at 13:05:00