The Mystery of the Berlin Mk V Composites...

John Lambshead posted some really interesting photos on his blog the other day of some destroyed WW1 British tanks amongst the ruins of the Battle of Berlin. I found them fascinating. 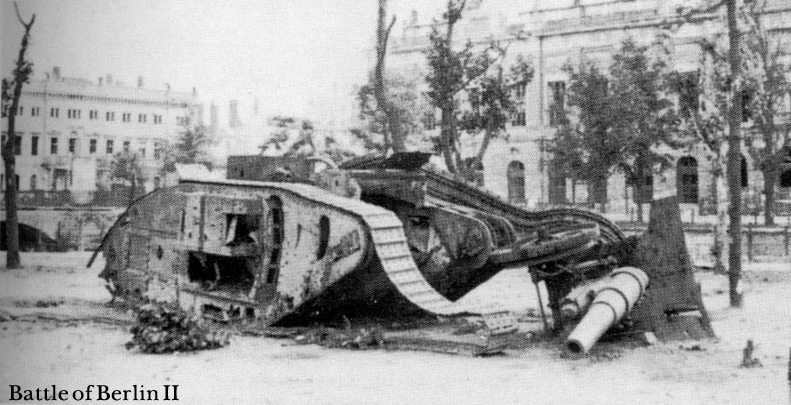 That they were there is not in doubt, whether they say action is. Some state that they were captured war memorials in the Lustgarten area, but (as John says) the above photo does look like the tank threw its track whilst moving. A bit of Googling came up with the following, I'm not sure of its accuracy, but it is interesting.

"It appears to be one of the tanks that the British gave to the "White" Russians during the revolution. At the outbreak of Barbarossa, the Soviets used at least 4 surviving MkV's in the defense of Estonia near Tallinn. The Berlin tank is most likely one of these. Six Mk V Composite heavy tanks were sent from the UK in 1919. They were named "Brown Bear", "Brown Bear II", "Captain Cromie", "Deliverance", "First Aid" and "White Soldier". When the war was over, Estonia kept 4 of them with the names: "Uku", "Vahtula", "Valdaja" and "Päälik". The Estonian names do not relate to the English ones listed above. The vehicles were obviously renamed when transfered. The picture on the right is an Estonian Mark V female dated 1941 in the area of Tallin. Note that the machine guns have been changed to Maxims."

Whether these are the tanks and whether they say action with the Volksturm in Berlin (or Tallin for that matter), they would sure make for a great wargames model and scenario... 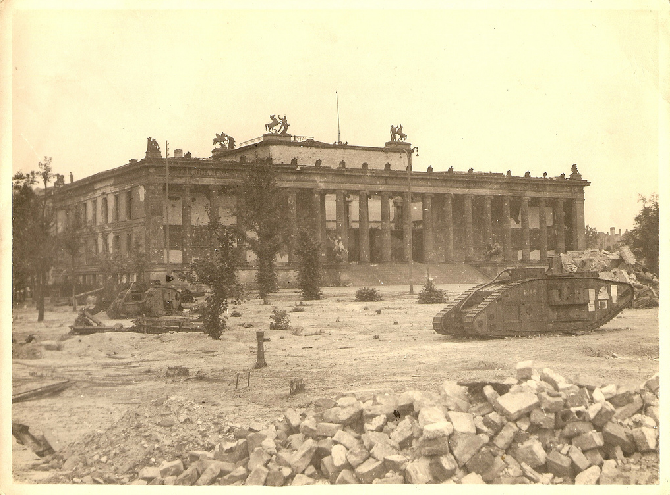