Chatting about the Panzerfäuste background the other day, I realised I'd made something of an omission with the Troll races. In the game the Trolls equate to the Finns and the Trow the Swedes, yep, not quite sure how I forgot to include someone to represent the Norwegians... 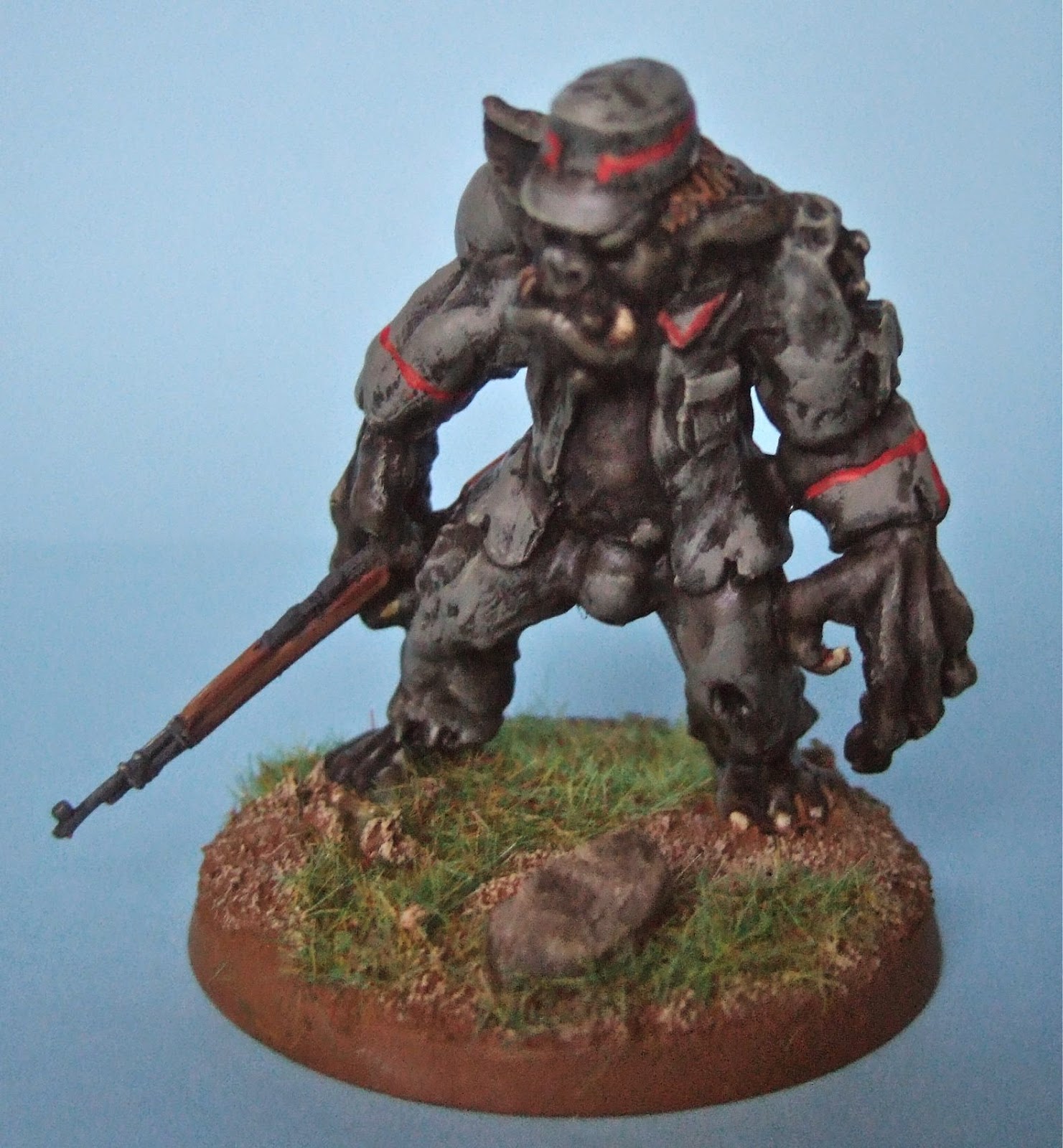 Subsequently I gave this some thought and have decided to introduce a third Troll race, the Forest Trolls and convert one as a test piece from a commercially available Troll. After looking at the D&D trolls and some old Ral Partha ones, I opted to use the Reaper Bones Cave Troll as it was cheap (under £2 on eBay) and the plastic easy to convert. 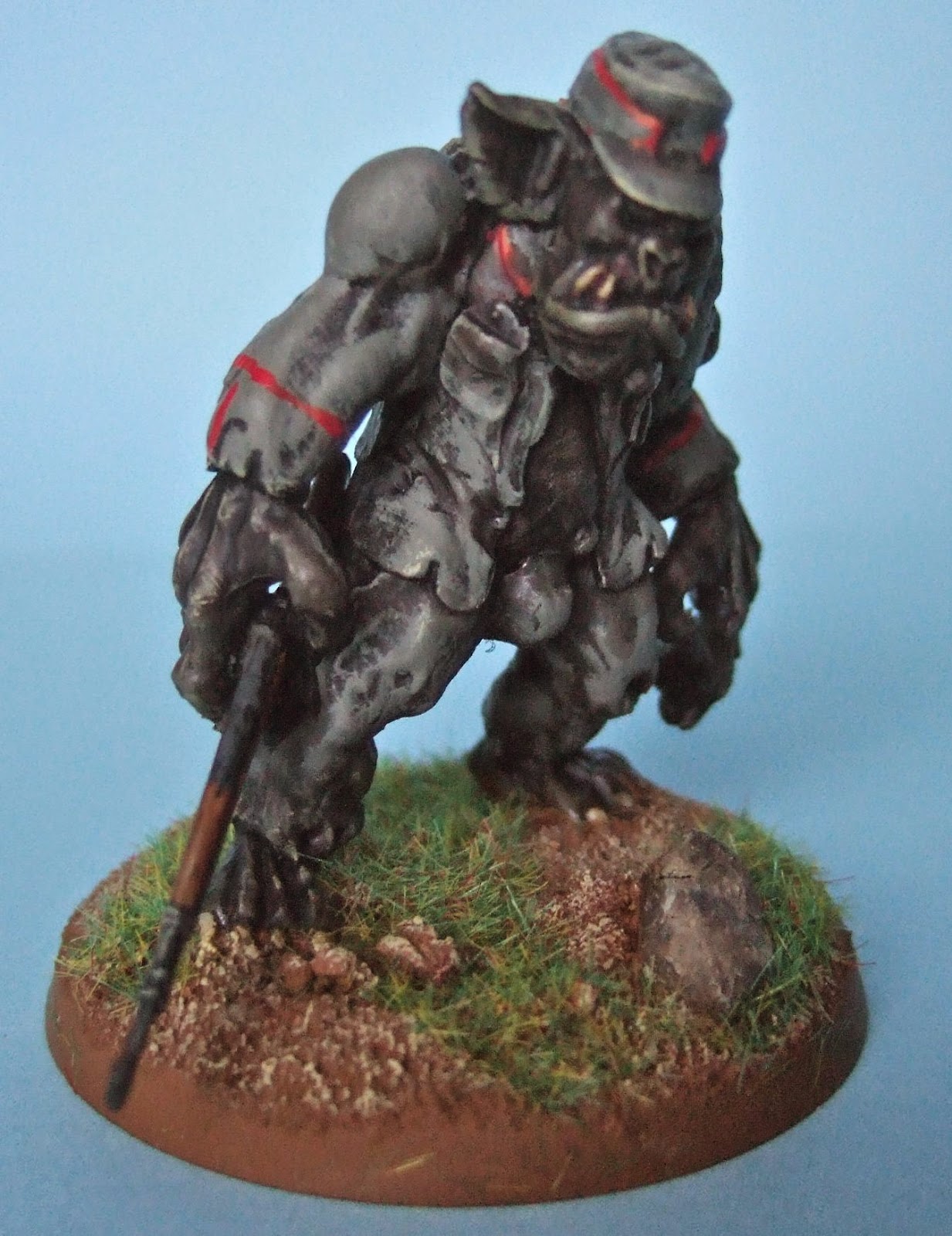 Cutting and repositioning the right arm, I used a bit of Green Stuff and a German rifle and Field Cap using some old Airfix Multipose Afrika Korps bits from the spares box. I went for a campaign weary look and am quite pleased with the end result.