I managed to finish the first two of my Kriegsmarine section today. As previously explained, the Warlord set contains a few figures with specific late war weapons, so I have had to employ a sharp knife and some Green Stuff to ensure their usefulness in the Polish and Norwegian campaigns. 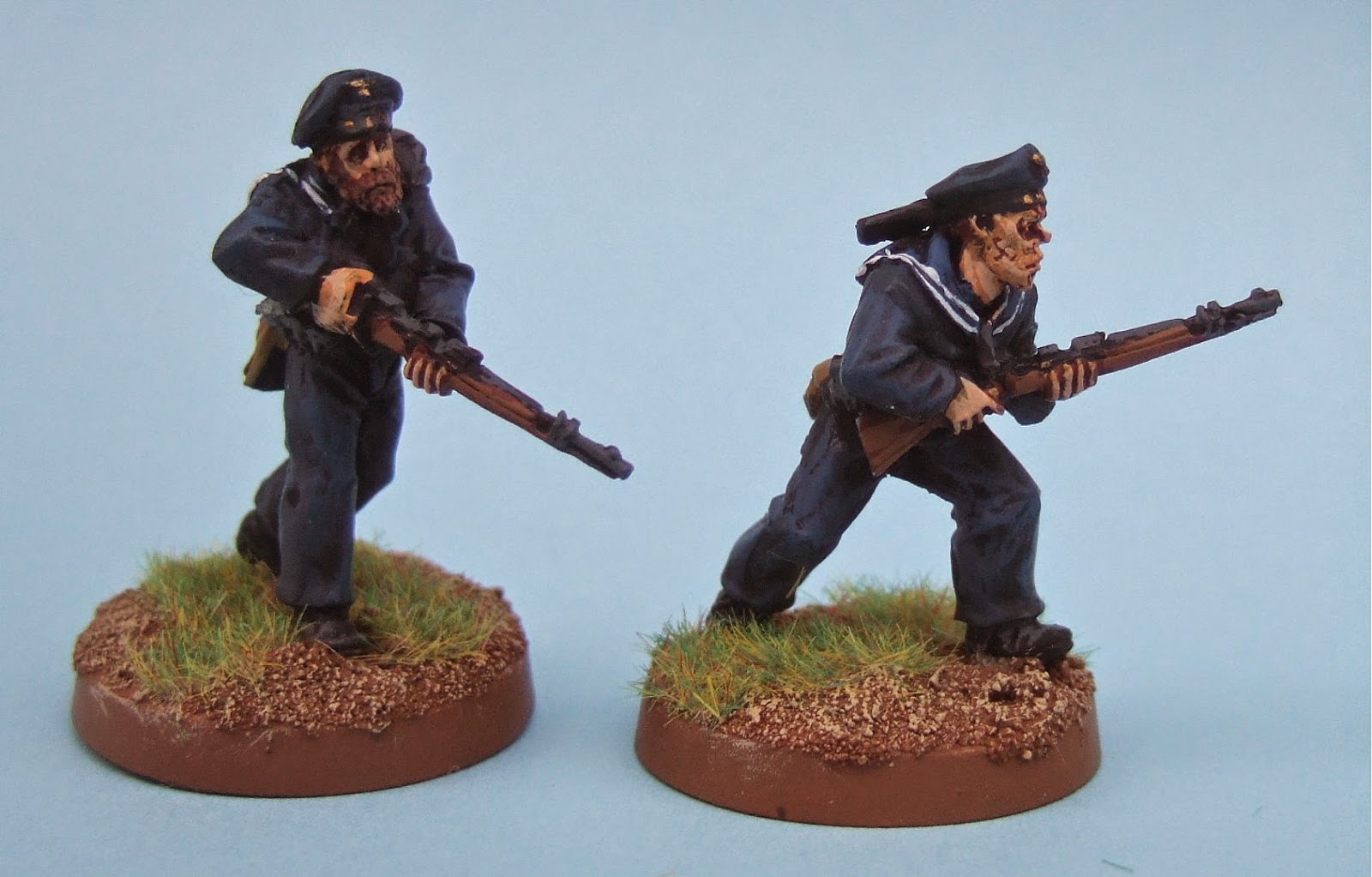 These two figures are modelled in the traditional pullover shirt with kieler kragen and matrosenmütze sailor's cap, one had a slung panzerfaust which has now been removed. Nice figures and fun to paint (except for the white borders on the kieler kragen!). More tomorrow, hopefully...