Blitzkrieg: In the Kriegsmarine... 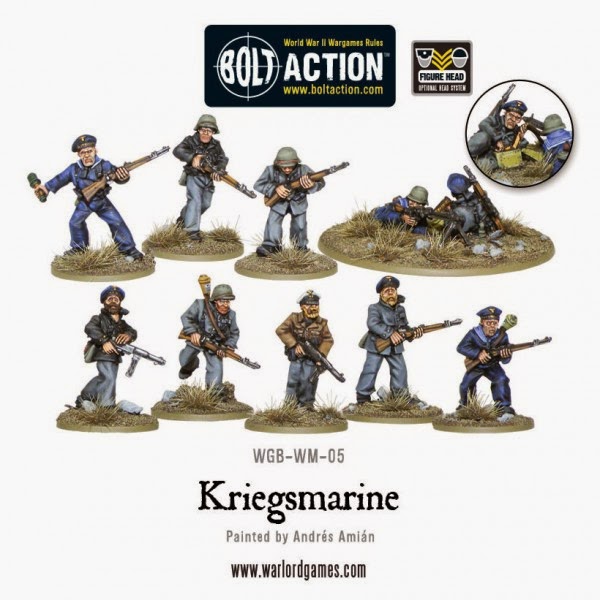 The other week John Lambshead posted a review of the new Warlord Kriegsmarine Squad on his blog. Despite the fact John said the "section represents the period at the end of WWII" I was hopeful that they would be just as suitable for other times, especially the Blitzkrieg era when the Kriegsmarine took part in shore actions in Poland and Norway. 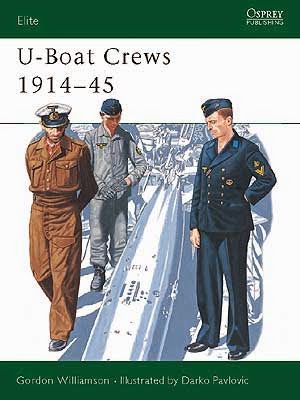 In part they are. Two of the figures are immediately of no use as they are carry panzerfausts across their shoulders - a bit of a disappointment this as they could easily have been sculpted with separate weapons to allow for more use. Similarly the section lmg is an MG42 - again why not the more universal MG34? - but this is a simple conversion job using a spare barrel from the Warlord plastic German infantry set.

Uniforms are a bit of a mix on the remaining figures. The officer is in the British style U-boat battledress, but there is another figure in a reefer jacket (which can be painted dark blue, black or light grey) which can be used as an officer. Two of the other figures have short waited battledress tunics but they can be converted into reefer jackets or the pullover shirt if a Kieler Kragen is added. I am going to have a play around with them and see if I have any Heer figures that can pad out the section with minimum effort for early war use.

I was concerned that uniform research was going to be a bit of a bind as most books on Amazon seemed horrendously expensive, however the Osprey Elite U-Boat Crews 1914-45 is fantastic and contains uniform details of the Kriegsmarine as well as specific U-boat kit. Well worth picking up if you are interested in German naval troops.
Posted by Steve at 18:48:00