The Invisible Front - the War of Resistance in 1950's USSR

One of the great untold stories of the second half of the twentieth century is the armed resistance to communist occupation within the Soviet Union. A few years back I recall reading how Ukranian partisans continued fighting after Soviet "liberation" from German occupation, well into the fifties, and it seems they were not alone. 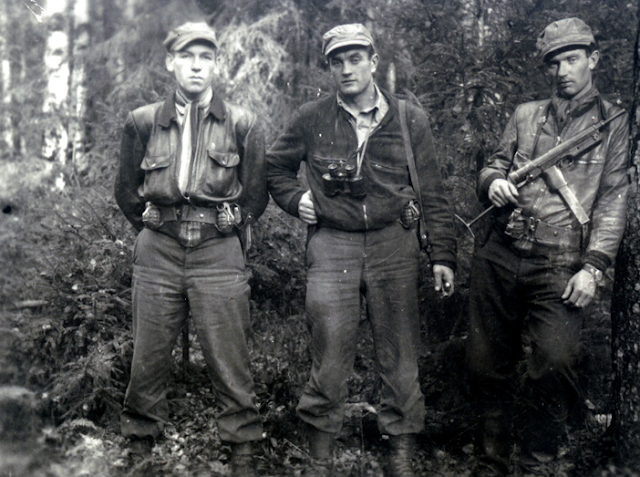 A Lithuanian documentary called The Invisible Front is currently showing in the US, recounting the story of the armed resistance from 1945 through to the sixties against the Soviets, with over 20,000 partisans at the peak. I have only seen the trailer (below) and there are some pictures on the film's website, but it looks fascinating and could be turned into a simple wargames project using BTD's NKVD troops and some WW2 Eastern Front partisans. Hopefully the documentary sees DVD release here in the UK.