You may have seen that Brigade are currently releasing a new range of 15mm Pacific Federation (PacFed) armour. My 6mm PacFed force (with a LOT of tanks) resurfaced the other day whilst rummaging for something else. These models were originally used in an Iron Cow participation game at Salute many moons ago called "The Battle of the Mouths of the Fly River", a riverine inspired game with PacFed and Indonesian grav armour fighting over land and sea in C22nd Papua New Guinea. 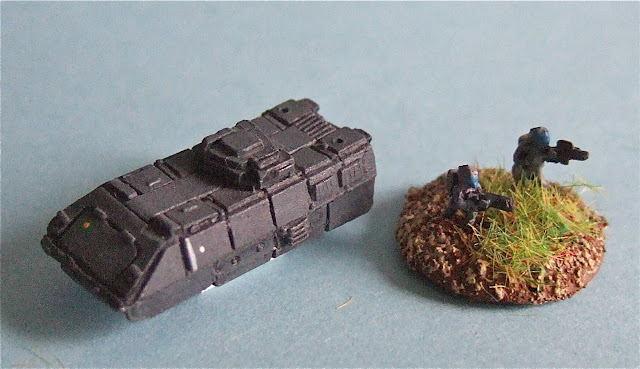 Originally I used Heroics and Ros C20th Rebel Insurgent infantry for my PacFed infantry but I decided to paint up some old NavWar SF infantry to replace them as they fitted in better with the newer figures from GZG and Brigade that I have used with other forces.

The APC's are old Copeland's Models, which should now be available from GZG. Paul Copeland had a great eye for SF vehicles and he produced some great models. 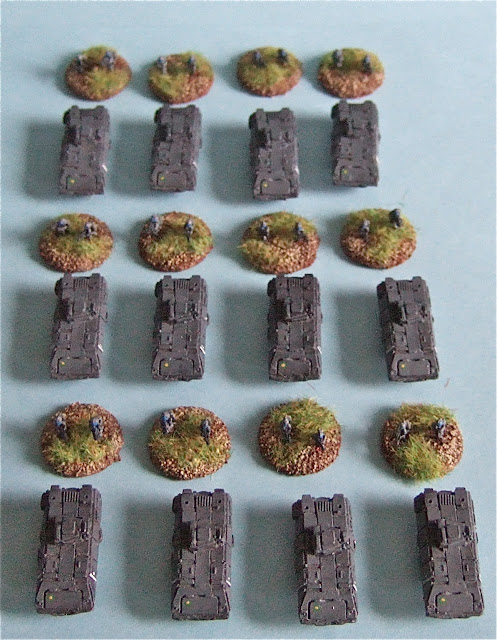 I'll dust off the tanks soon and take some photos as they are nice models.
Posted by Steve at 12:55:00