The first miniatures out of the Foundry Maximilian Affair set I decided to paint were the Republican State Militia who, in their traditional peasant dress, could easily double as Guerillas or Bandits.

I used the same approach as the Artizan Legionnaire test piece, undercoating white, coating with Soft Tone dip, then painting layers on top. I think it has worked quite well. 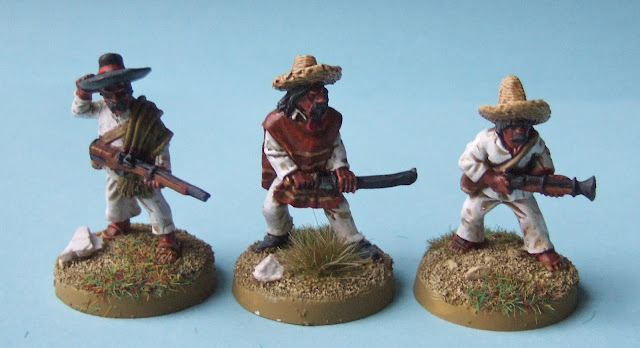 The rest of the Mexicans in the set are dismounted irregular cavalry in their vaquero costume and I am busily researching colour schemes (various shades of brown seem popular). In lieu of the lack of regular Republican infantry I have placed a small order into Gringo 40 for some. 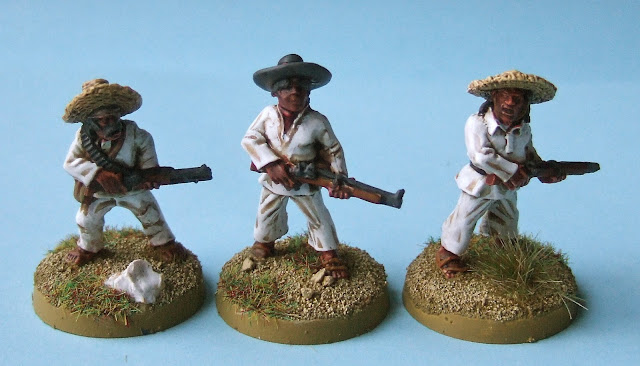