You may recall that I was a little excited by the 2013 Osprey Catalogue and some of the new releases. Amongst the items that caught my eye were the new Myths and Legends series. Three volumes are listed as coming between March and May, Jason & the Argonauts, Dragonslayers and The War of Horus and Set. 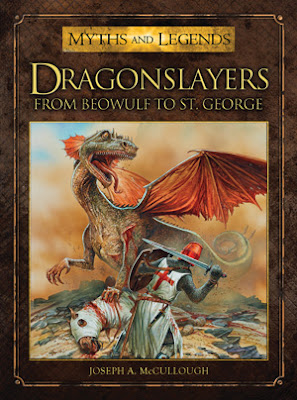 I must confess Dragonslayers looked the least exciting of the three, I couldn't imagine much more than a collection of well known folktales, all very similar. I've read dragon myth collections before and they are fairly generic. However Osprey kindly sent me a review copy and I must say that I am somewhat blown away by how good it is.

First off the illustrations by Peter Dennis are amazing. He has brought a historical perspective to the subject with many of the heroes in the 'correct' period costume and armour. Indeed his 'historical' St George has the dragonslayer in 3rd/4th century Roman cavalry armour fighting a large crocodile. Whilst the other dragons follow more regular mythical descriptions there is nothing silly here in the artwork, you could well believe this was a regular ancient history Osprey if dragons had been real.

However, good as the artwork is, this is a book and the meat of the product is the text and I must say that Joseph McCullough has done a cracking job in bringing together a disparate and varied selection of tales, summarising and then analysing them. The tales range from the well known such as Beowulf, St George and Hercules to the lesser known like Dobrynya Nikitich, the Lambton Worm and Japanese dragon slayer Agatamori, with many more besides. I have had my head stuck in this book and keep picking it up to re-read bits!

As I said I thought this would be the weakest release of the three and probably would not have bought it but have been more than happy to have my preconceptions proven completely wrong. If you have any passing interest in the subject I seriously recommend picking up a copy.

Of course this has resulted in my wargames juices going into overdrive! The dragonslayer (and dragon) is a fantasy archetype but I can't ever recall seeing this the subject of a miniature wargame. Thinking about it all you really need is a hero miniature, some companions (aka dragon chow) and a dragon (and there are lots of cheap, decent toy ones available in addition to some lovely wargames models in metal, resin and plastic). Hardly a major cost outlay. The "eureka!" moment came when I was pondering rules and the lightbulb went off - Tusk! The mammoth hunting game could easily form the foundation for a good dragon hunting game and I am now drafting a dragon hunting variant to playtest. 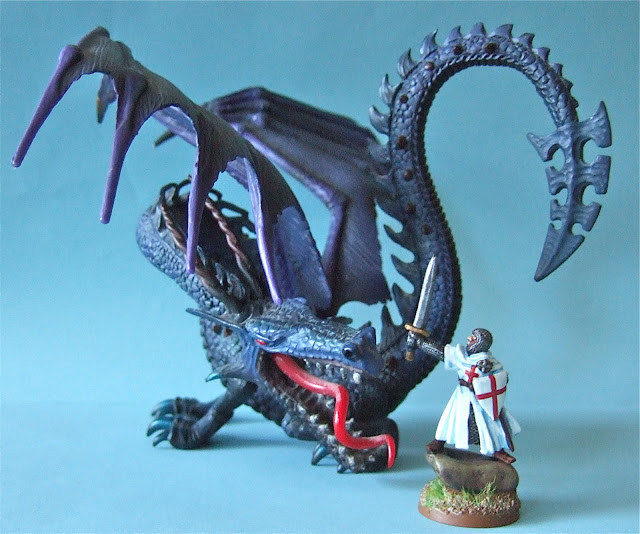