It's been a little while since I painted any medievals and this little fellow is another piece that has been hidden under the detritus of my workbench. It is a long OOP Corvus Miniatures artillery piece and crew that I purchased along with the pikemen over a quarter of a century ago! 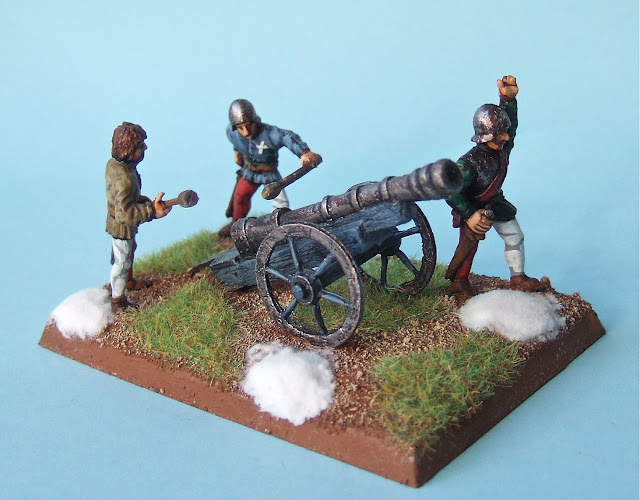 I decided that I'd paint them up as Swiss rather than Burgundian as, although the latter were famous for their massive amounts of artillery, the Swiss did employ light cannon alongside their infantry, including guns they captured from the Burgundians. This culverin is similar to one captured by the Swiss at the Battle of Morat in 1476 so I went for some blue woodwork to give it a slight Burgundian feel. 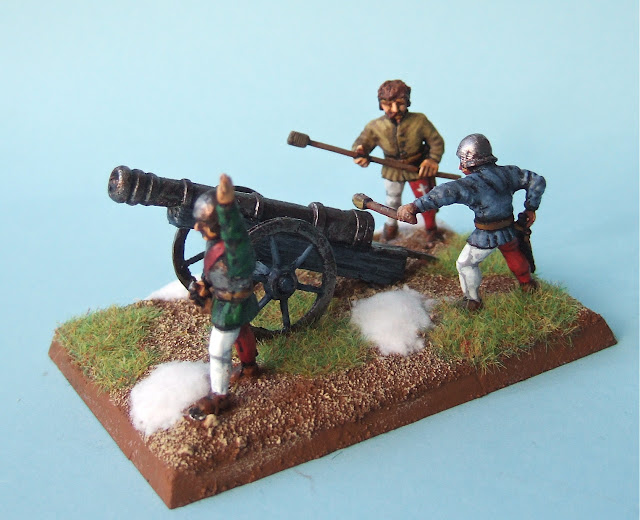 Again I have based this up as one piece with the Medieval Warfare rules in mind, but it will probably see some action with my tentatively planned Old War Imperialist army for my Olde Skool Warhammer project.
Posted by Steve at 12:36:00