Last year in a fit of Rogue Trader nostalgia I painted up a pile of 25 year old miniatures for the Imperial Army (as the Guard were originally called). 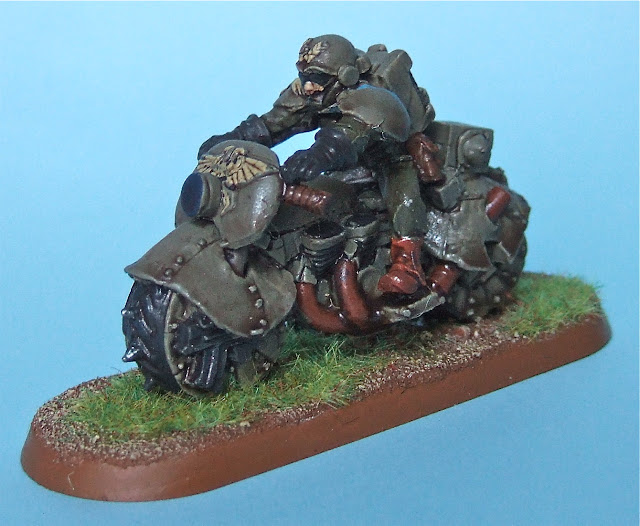 Alongside them I had a pile of vehicles from 1988 including a couple of original landspeeders, a rapier, a jet bike and a medic on a bike, the last of these I pulled out of 'Lead Mountain' and have slapped some paint and dip on... 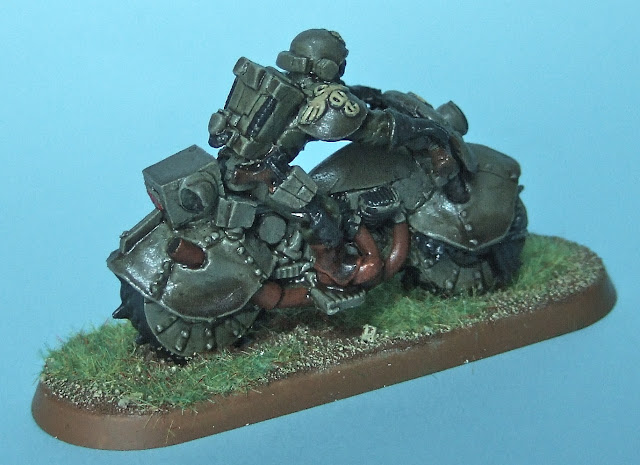 The miniature is quite cool and lends itself to some great scenario ideas speeding its way through to the wounded, blasting orks out of the way!
Posted by Steve at 11:01:00