I popped into Antics this lunchtime to pick up some Testors matt varnish and some black undercoat. Whilst having a cursory peruse of the shelves of kits and die-cast toys I spotted a nice pre-painted Somua S-35 of indeterminate scale for £12.50. It was certainly larger than 1/72nd and smaller than 1/35th so I bought it! 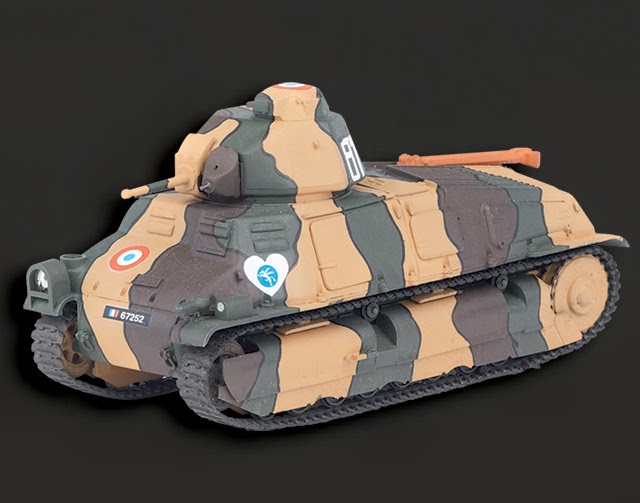 It turns out it is an IXO 1/43rd plastic and die-cast model that was recently available in one of those artworks collections from Eaglemoss called Military Vehicles Collection. There were 22 models in the collection and some nice looking stuff. 1/43rd is of course a common die-cast for cars and other vehicles and one I suspect many modern wargamers wish was the default rather than the nebulous 28mm given the tons of civilian models available in this scale!