I managed to finish the basing on the second batch of 20 Caesar Partisans at lunchtime. 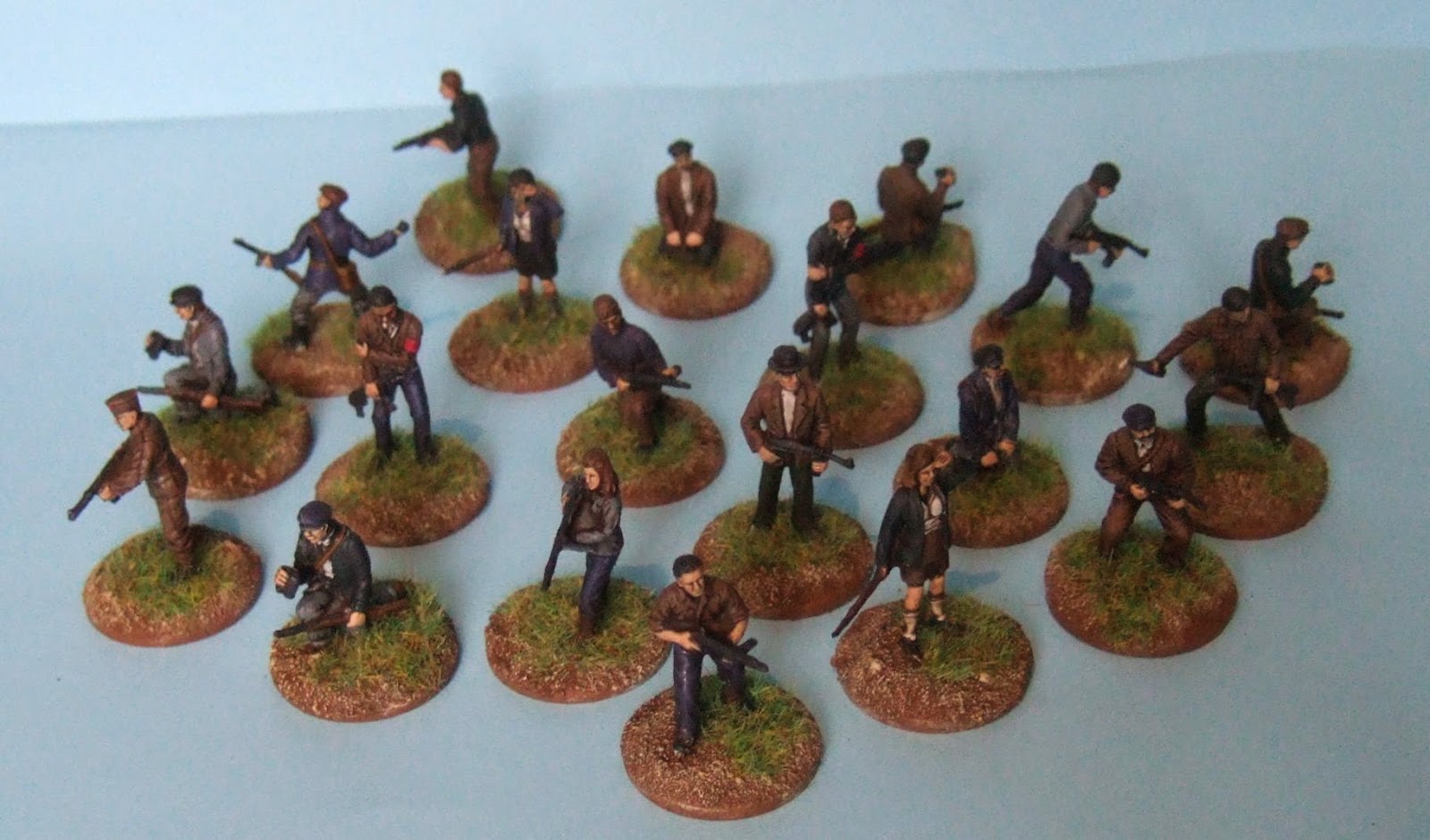 Service Ration Distribution (Hobby) - I guess this may be a pseudonym! - asked yesterday where there "any particular rules you prefer for resistance forces?" My plans for all my 20mm is to use the old Mongoose Battlefield Evolution: World at War rules which are a bit old school but I like them.

They did produce rules for Maquis, Partizan and Volkssturm units in Signs & Portents 57, with special rules for ambush, untrained and variable morale traits. However, the rules are only designed for adding irregular sections to regular platoons and I am not sure how they would translate into Partisan only forces.

The Bolt Action Armies of France and the Allies does contain a Partisan list with two theatre selectors. This allows for a fairly generic Partisan platoon with some support elements and could well help flesh out a dedicated Battlefield Evolution force.

I have thought previously about converting an asymmetrical warfare set of rules for WW2 Resistance warfare. It is strange that with all the modern sets embracing this, that given all the resistance warfare that occurred in WW2, this is overlooked. I have considered converting Scudbusters into a WW2 set, perhaps one day I will get the time!