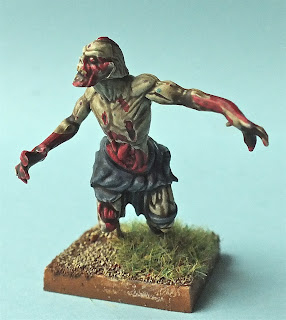 The first horde of forty zombies are finished (with the second following on close behind hopefully). I must say that I am very pleased with them given the relative simplicity of the painting approach.

The dip has really brought out the wonderful detail on the Mantic plastics and it would have taken a lot of really hard work to achieve a similar look using the normal three tone approach. Further the dip has given them a slightly dirty look that befits to idea that they have clambered their way out of the earth at the behest of some foul necromancer!

As an aside the zombie sprue has more heads than bodies which mot only allows for extra variation but also leaves me with a surplus of decapitated heads that will no doubt prove popular with any Celt or Orc! 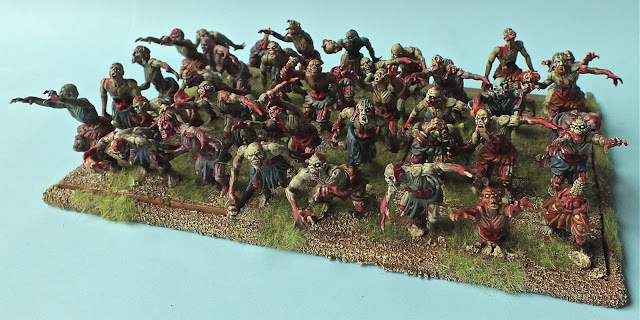 More photos of the zombies can be found here.