The Hobbit - An Unexpected Mess?

A few years back I remember watching Peter Jackson's The Frighteners and telling (an uninterested) SWMBO "that man should do The Lord of the Rings" when the wraith appeared - it was sooo Nazgul! Fortunately someone was listening! :-)

Of course there was no way that Jackson would faithfully recreate my interpretation of Tolkien's epic and I was happy to grant him leeway and by and large he hit the right buttons and did a very good job. 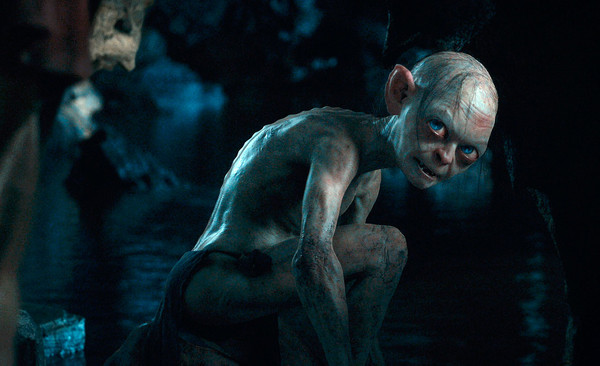 Ok, things were changed from the book, but I didn't mind the "let's hunt some orc!" in the Fellowship or even the dwarf tossing in the Two Towers. However the re-writing of Frodo's "I have come, but I do not choose to do what I came to do." dialogue at Mount Doom in the Return of the King (listen to the Radio 4 production to hear how powerful it is) irritated, as did the exorcising of The Scouring of the Shire epilogue from the story (it is an important aspect of the overall theme of the story).

So The Hobbit was not approached with the same level of excitement that the first Lord of the Rings film was. The success and (generally well deserved) plaudits of The Lord of the Rings meant that I suspected that not would Jackson be adding chunks of dialogue to what Tolkien wrote, but based on the Mount Doom scene removing what a professor of the Languages wrote in preference to that his wife dreamt up. 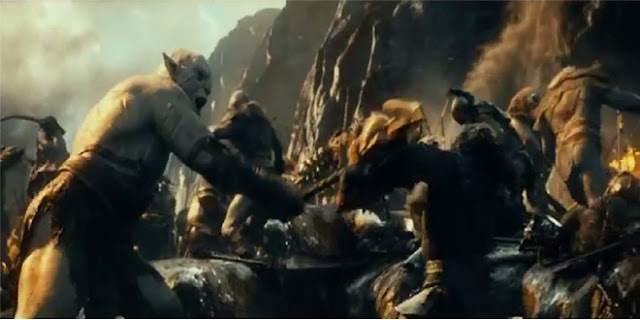 In Jackson's defence it is not a bad film and on occasion he gets it so right it is magical. The opening party at Bilbo's hobbit hole is extremely well filmed, the scenes at Rivendell look like some pre-Raphaelite painting brought to life and the inclusion of Nirnaeth Arnoediad (The battle of Unnumbered Tears) in the story is splendid (despite the mohicaned troll slayer who sneaked in!). The piece de resistance is, of course, the riddle in the dark sequence with Gollum. Excellent.

But for every magical scene there is some distinctly not. The idea of Radagast's bunny sled is woeful (let's ignore how far it travelled and how it got from Mirkwood to warn Gandalf of the Necromancer) and gets worse when it is dodging warg riders in some obvious poor CGI.

Indeed the CGI often stands out like a sore thumb from the opening dragon cam sweeping shots to the collapsing walkway when the dwarves are escaping from the goblins. In fact the whole escape from Goblin Town scene is so Goonies/Harry Potter when it could (should) have been tenser as it is in the book (and don't get me started on the look of the mutants, sorry goblins...).

Jackson also plays fast and loose with Tolkien's dialogue prefering to his own (or that of his wife). The scene with the trolls has been re-written for no obvious benefit. And FFS what about a hedgehog called Sebastian?! Tolkien's use of ancient languages is part of the reason the books are so well regarded and some muppet picks a Latin based name that bears no relation to that of the background Tolkien created. 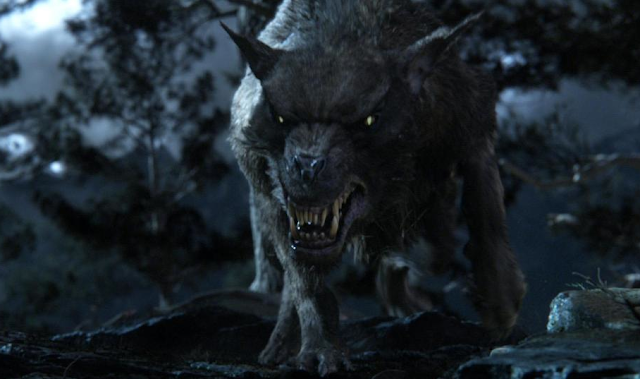 As you might have guessed The Hobbit was an overall disappointment, largely because you can see that when he stays true to the source material Jackson gets it and takes it off the page and puts it on the screen in a way that is near perfect. However when he feels he needs to change things he rapidly goes off kilter. The book of The Hobbit is rightly regarded as a classic and when filming classics producers need to bear in mind they are classics for a reason and that they are just film producers!
Posted by Steve at 20:45:00