In the comments on the 40K Scenery post below, Jason asked where the robots are from and whilst I responded, I realised that the models themselves haven't featured on the blog. So I've dug them out and took some photos. The models are the start of a small Terminator army project that is currently in stasis (though I have a Skynet VTOL and some Terminator-bikes that featured in the last movie to repaint).

The miniatures are a mix of some old Grenadier UK Future Wars ones that are now available from em-4 Miniatures. They were originally sculpted by Mark Copplestone and consequently go nicely with...

The (un-subtlely named) Terminator Robots from Copplestone Castings. They are very similar to the em-4 ones, although the heads are more cube shaped (I prefer the em-4 skulls but these are still nice). 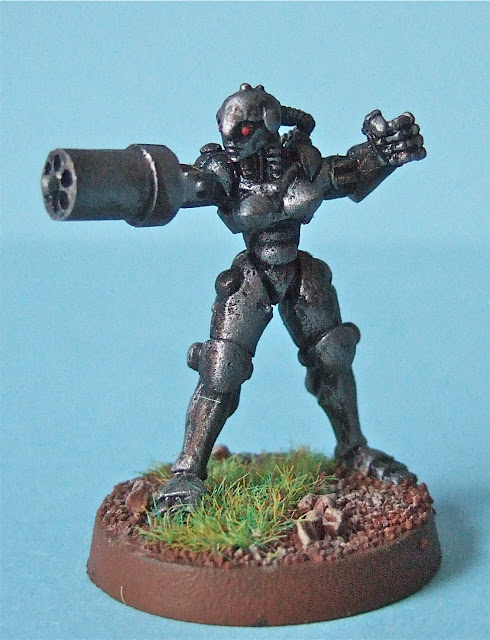 The "army" also incudes this female cyborg from em-4 painted up Terminator style. The third film and the TV series had female Terminators so a female endo-skeleton fits in concept wise. 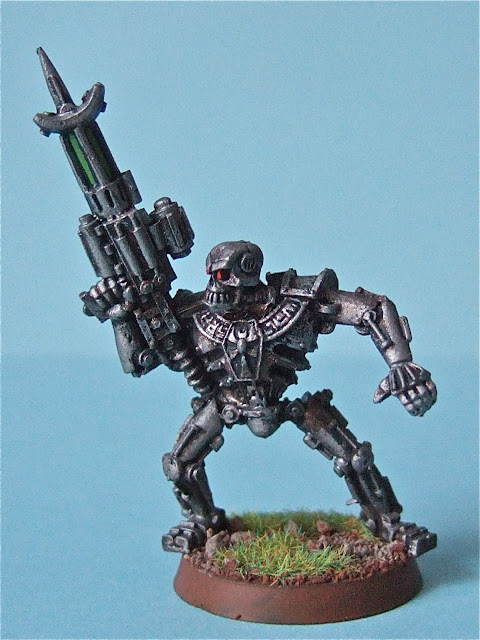 Finally there is currently an original white metal Necron attached to the force as some kind of heavy weapons assault unit. I'm not sure whether he will remain attached to the Terminator project as he doesn't quite fit.
Posted by Steve at 10:54:00