This light truck is an old 28mm GZG resin one (now sold by Daemonscape). Originally this was painted twenty odd years ago but whilst I liked the camo scheme, I never liked the rather flat end result so intended one day to repaint it. 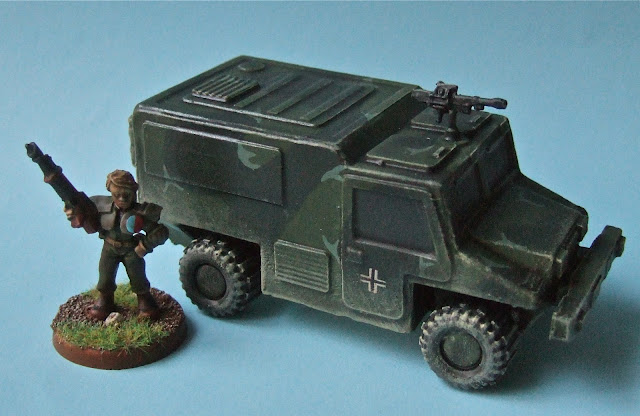 However given the success of the 'black dip' I thought I'd try that on the model first which worked very well, adding depth and detail previously hidden. After the dip had dried I matt varnished it then gave the truck a light dust weathering and am pleased with the end result. 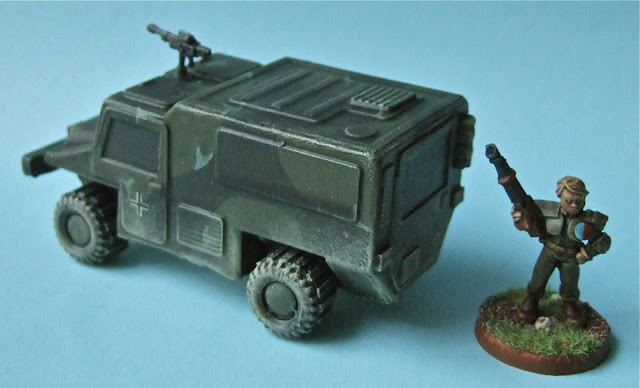 I have a pile of old painted and unpainted 28mm GZG resin that may well get dug out soon and given some dip treatment...
Posted by Steve at 11:35:00