Every year Mongoose Publishing release their State of the Mongoose annual round-up. There is a bit of a car crash feeling in reading it as invariably there is a list of reasons given for all the things that went wrong that year (and Mongoose are rather cursed here). They also write about their plans for the forthcoming year and whilst the deals they have struck to work with Warlord Games (on Victory at Sea 2nd ed) and Victrix (on Fight For The Skies WW2 3D air wargame) sound interesting, it was the plans for a new Ancients game to be released at Salute that caught my attention.

One of the problems I have getting my 28mm Ancients projects moving is painting the buggers, especially armies such as the Celts which whilst fun looking, take up a lot of time. Unlike Clash of Empires, War and Conquest etc, Warriors of Antiquity will be a hero led warband based game with a lot less figures needed to start. Whilst I still want to raise a decent W&C Celt army (and Roman opponents), Warriors of Antiquity may be the catalyst to get things moving again on the Ancients front.

Anyway, this is what Mongoose have to say about the game, I think it sounds intriguing... "planned for a grand launch at Salute in 2015 is Warriors of Antiquity: Warbands of the Ancient World.

The original design brief for this game was to take the current Judge Dredd rules (themselves a development of Starship Troopers and Battlefield Evolution) and turn them into a set of rules based in the Ancient world.

As it turns out, the saying that a plan never survives contact with the enemy was apt here.

Victrix was not after a set of mass battle rules for Ancients line. Rather, they wanted a focus on small scale skirmishes – the countless battles that took place throughout history but were never reported. All those fights along the border, the cattle raids, ambushes and sneak attacks.

However, as we worked on Warriors of Antiquity, pretty much throughout 2014, the setting started having an impact on the mechanics (as it always does) to the extent that while its roots in the Battlefield Evolution rules are still recognisable (four action system, traits and Talents, for example) it plays very differently, with more of an emphasis on heroes leading small units (5-30 models in size).

The real joy for me is that we have succeeded in having more models on the table than in Judge Dredd (a starting warband has about 40-50 models, depending on what you take) but an average game between players who know the rules still takes about 20-30 minutes. With the full campaign system included in the rulebook, this means you can get several games done during an evening and watch your warband grow and your heroes develop!

If you have any interest in the Ancient world, this is one to watch our for. The rulebook is a glorious full colour hardback which contains more than 30 different scenarios (many designed for specific warbands, so they will fight on the tabletop as they did in history) and a wide choice of warbands, from the Athenians, Spartans and Thebans, to Republican Rome, Carthage and the ‘barbarian tribes’ (separate warband lists are provided for Britons, Gauls, the Germanic tribes and Iberians).

Warriors of Antiquity will continue to be supported as Victrix release more of their miniatures, and we hope to have a free PDF available bringing an entirely new (but very familiar!) warband to the game soon after launch! 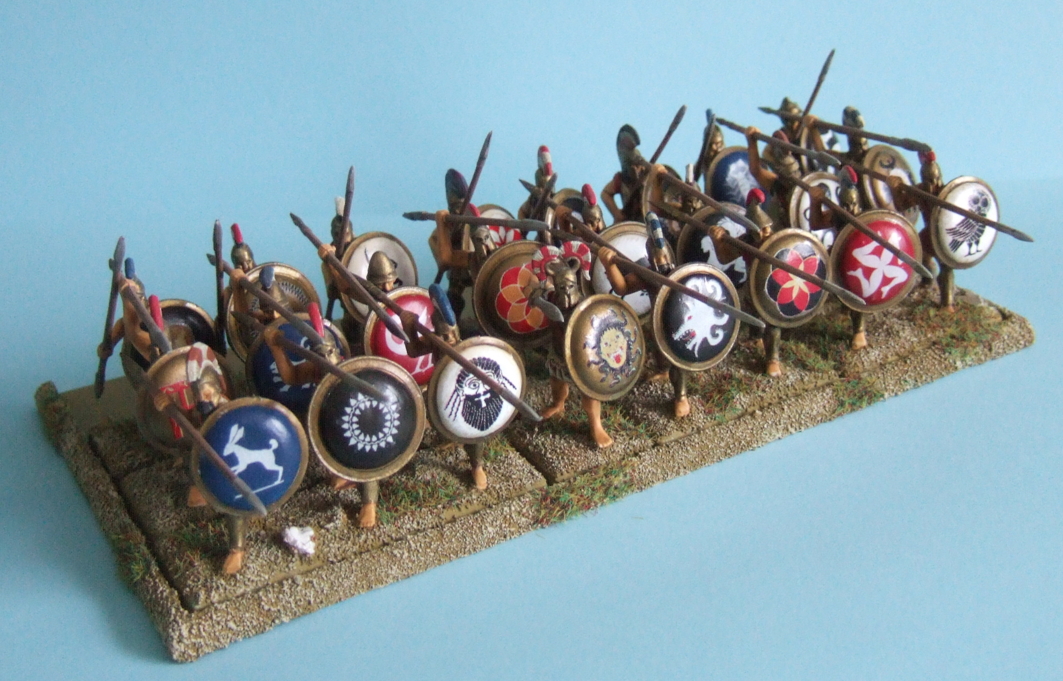