The Seventh Age of Humankind 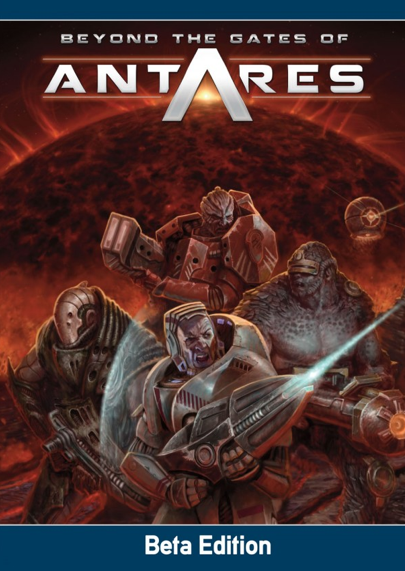 Unfortunately it looks like the next fortnight is going to be very busy with business trips to exotic locales  including London, Paris and... Basingstoke.

Obviously this will impact chances to get painting back on track (I did do something with some sausage dogs today), but on the flip side I will get plenty of time to read on trains, planes and the lovely Charles de Gaulle airport.

One thing I have downloaded to have a good look out is the PDF beta test version of Beyond the Gates of Antares Warlord's forthcoming Science Fiction wargame, written by Rick Priestley. Some of the miniatures have been released and look quite nice, especially the rock like Bormites, though they seem a tad expensive.

I've not decided whether this is something I want to get into, so a good peruse of the rulebook is in order...

On a completely unrelated note, Saul's debut album received its first full length review and I couldn't be any prouder. If you want to read it, it can be found here.
Posted by Steve at 22:10:00