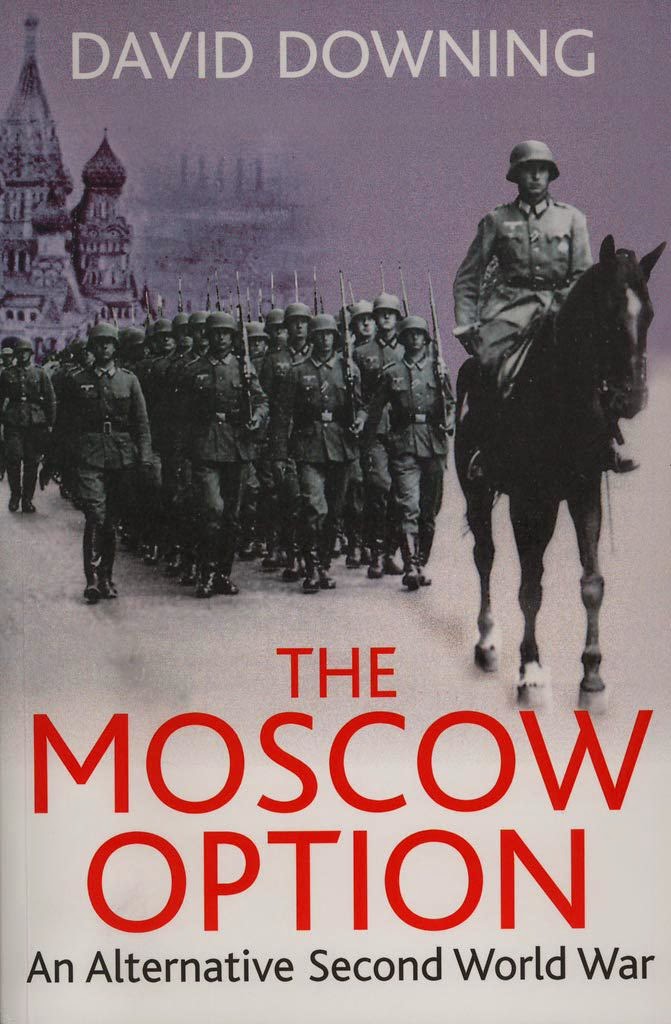 Hot on the heels of watching The Man in the High Castle yesterday, a copy of David Downing's The Moscow Option arrived in the post today. Downing is probably best know for his 'Station' series of detective stories set in mid C20th Germany, but this is written as a history book, rather than a Turtledove style alt-history novel.

Downing's approach is nicely done, rather than make major historical changes he takes a couple of points of divergence and takes it from there. The first key one is Hitler being incapacitated before the decision to concentrate on Kiev and the Ukraine before resuming the advance on Moscow. Here Downing has the German High Command continue the push on Moscow and takes things from there.

I'm only a couple of chapters into the book, but am enjoying it. I'm not sure how much alt-history gaming potential there is, after all a battle between forces German and Soviet in 1942 will look the same whether that is to the east or west of Moscow, but it is proving a good read.
Posted by Steve at 22:07:00