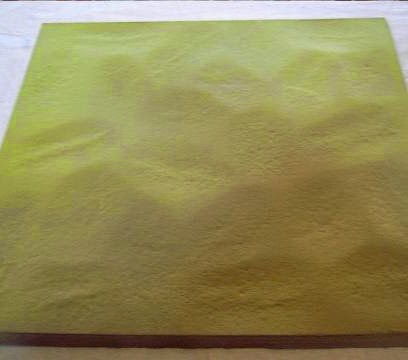 You may remember back in November I cheered myself up by buying some terrain tiles in the TSS 15% Off Sale. They arrived soon after but unfortunately one of the sand tiles had been packed under some smaller green ones and had a nice green T-mark on it where flock had fallen between the gaps. I thought this would be an easy job just brushing the green off, but it had stained the sand and left a distinctive T.

With the Winter War planned for this year and a wish to do some other snowy games in the future I had been pondering terrain tiles and am wondering whether to take the marked tile outside for a light spray with some white paint to see what the end effect is...
Posted by Steve at 18:10:00