Bit of a Tank Day (and Hullaballoon)

A little while back I picked up this 1/72nd Altaya Chieftain MK.V off eBay for my ColdWar: 1983 2nd edition project. Whilst the game focusses on infantry at section and platoon level the odd appearance by a tank is covered and to my mind nothing says Cold War like a BAOR Chieftain sat poised for the red hordes on the IGB!

The model is a pre-paint and required little work. I used some Army Painter Black Shade wash to bring out some of the models detail and then did a bit of dirty mud weathering on the tracks, wheels and lower skirts.

Moving back in time a decade and down a few scales at bit of research on the IDF M48's (or Magachs as the Israelis called them) showed that the IDF dispensed with the mg turret on their 105mm versions. The GHQ model appears to be an M48A5 so needs some surgery to make it more realistic. 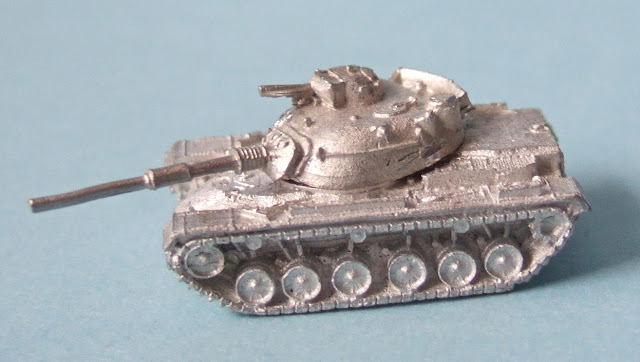 I did baulk at this as the whole point of using GHQ was for the fantastic detail and I groaned when I discovered C-in-C do an M48 with the Israeli hatch. Shame I bought ten of the GHQ ones before I knew what I was doing! However I decided to have a crack at converting one model using a hatch made out of Green Stuff and a spare .50 cal machine gun and am reasonably pleased with the results. I had ordered an accessory pack of machine guns to fit to some jeeps so clearly Jesus looks after small animals and stupid wargamers... 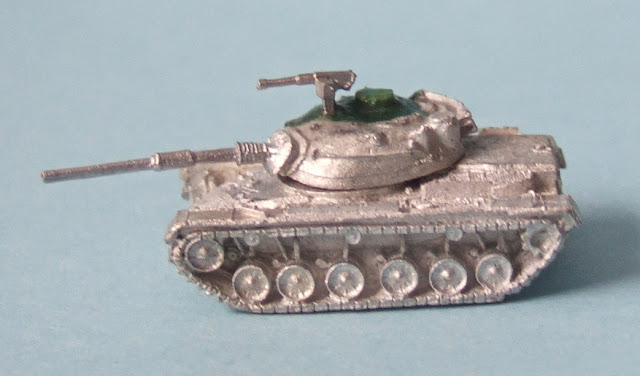 A rummage through a filing cabinet draw this evening led to the discovery of more useful models purchased back in the late eighties including six more Centurions (these will probably be painted as Jordanians), six T54/55's, three T62's, two M51 Shermans and three M60A1's. There was also a lot of Scotia South African armour which I cannot recall what I bought for but if the AIW FOW project works out, maybe Angola may be next.