This is a Dayton-Wright DH4 serving with Squadron 9 of the Day Wing, Northern Bombing Group,  United States Marine Corp at La Frene France in October 1918. 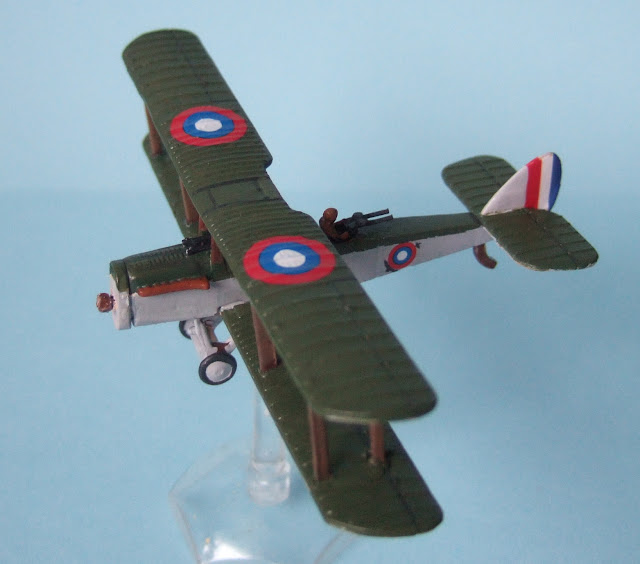 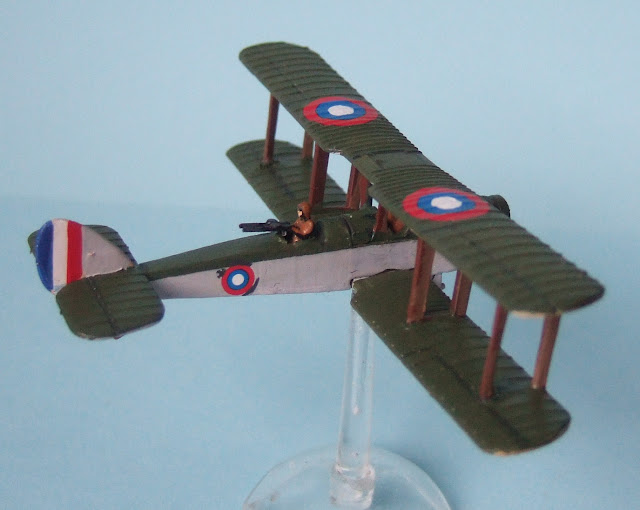 This is the old Nexus Wings of War model and like the RAF version I really didn't like the pre-paint scheme so decided to paint it. It was only after I found a picture on Wings Palette that I liked I realised that despite a different coloured lower fuselage , the pre-paint was supposed to be the same model.

The pre-paint was marketed as an American Expeditionary Force plane and whilst clearly carrying USMC markings the colours are correct for the AEF. Another illustration shows the plane in AEF colours with USMC markings (like the pre-paint) and states it is an ex-army plane so I am speculating that it is one that was inherited by the Northern Bomber Group and repainted sometime in 1918 with naval grey.

The tail fin also caused some concern. The colours were blue-white-red up to January 1918 and then changed to red-white-blue. The illustration dates the plane to October 1918 but has a pre-January tailfin. I'm not sure how quickly the change was done on existing planes but as it was ten months after the order I have gone with the post January regulations.

1918 Month has hit a bit of an impasse as I forgot to get some Ottoman decals in for my Osmanlı Tayyare Bölükleri planes so these have now been ordered as have some larger RAF decals for my Blackburn Kangaroo and Vickers Vimy. I do have some Austro-Hungarian models to paint which I am trying to summon the courage up to have a crack at...