Enthused by painting up some tanks for my forthcoming Arab-Israeli project I cast my eyes about for something else to paint up and found a box of old half painted Soviet armour, softskins and infantry. The infantry are Heroics & Ros which may be a few decades old but have always been a favourite due to their scale and proportions as they fit in well with the vehicles. 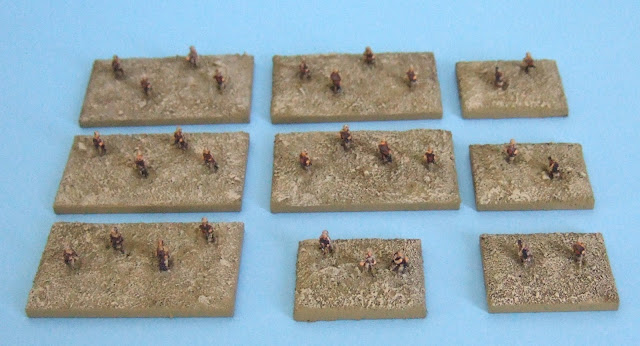 The Soviets will work well for either Egyptians or Syrians and as my initial efforts will centre on the Sinai I based up some partially painted troops initially earmarked with service in Afghanistan as the ground pounder element of an Egyptian Mechanised Infantry Platoon, five Rifle MG bases, three RPG teams and one Company Command SMG team (the next platoon will dispense with this base and gain an extra Rifle MG one). I just need to buy them some BTR-152 or BTR50's now. 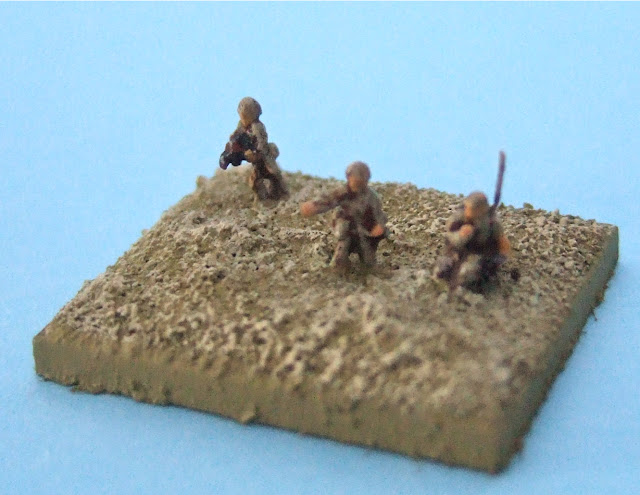 In keeping with FOW concepts I used the same size 40 x 25mm bases as the vehicles use for the Rifle MG teams and smaller 20 x 25mm ones for the RPG and Command elements. I have never based 6mm infantry on bases this large before but they allow for a more realistic spacing of troops than is normally seen on the wargames table. 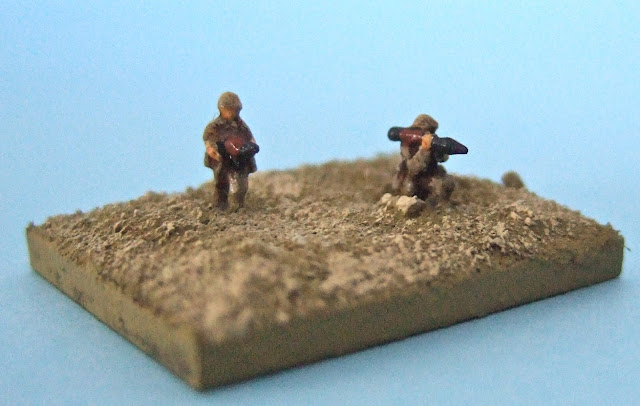 Painting was relatively straightforward with an overall desert sand, a bit of black, tan and flesh before a thinned Strong Tone wash which worked really well. Ok, they are not perfect but they look ok from a foot away which is nearer than they will be seen on the table. 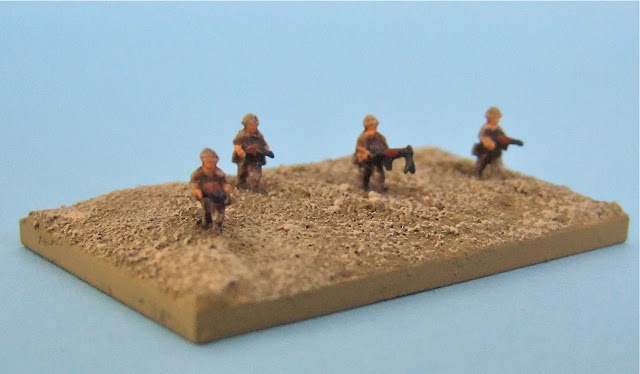 I found a load more unpainted Soviet infantry yesterday along with the tanks so will probably crack on with a second Egyptian platoon soon as they don't take much time to paint, before ordering some Israelis and WW2 British to use as Jordanians off Heroics & Ros.