There was certainly no plan to painting an aircraft from a third Australian Great War squadron after the 1 Squadron Brisfits and 2 Squadron DH5's but here we are! The intention was to paint this Red Eagle Harry Tate up as an Estonian Aviation Company machine, but when I discovered they only had one operational RE8 and its service history lasted twenty minutes before crashing killing both pilot and observer the idea of hand painting the triangular Estonian national markings seems remarkably unattractive... 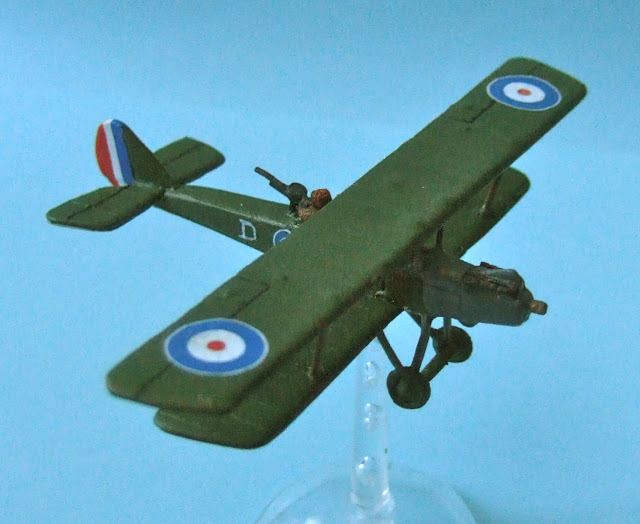 The main users of the Harry Tate were the British and Australians and 3 Squadron AFC flew them in France over the Armentieres-Ypres front in March 1918. This particular machine was called Sylvia and was normally piloted by Captain Reginald Francis DFC. 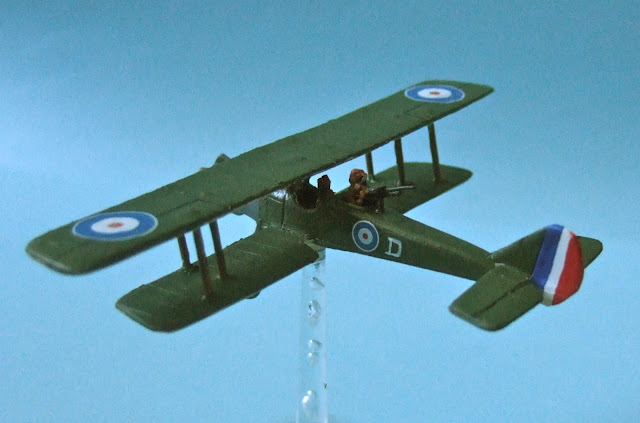 Sylvia set a record for British and Dominion forces by completing 440 hours of service flying and 147 missions over German lines, so whilst she is not the prettiest model in my collection, she is one with a  special history.