After some prevarication I decided that I was not going to paint this Shapeways Morane Saulnier N as a French machine, but as one from 19 Korpusnoi Aviatsionniy Otryad (Corps Aviation Detachment) flown by Ivan Smirnov - that was until I found I did not have any Russian roundel decals! 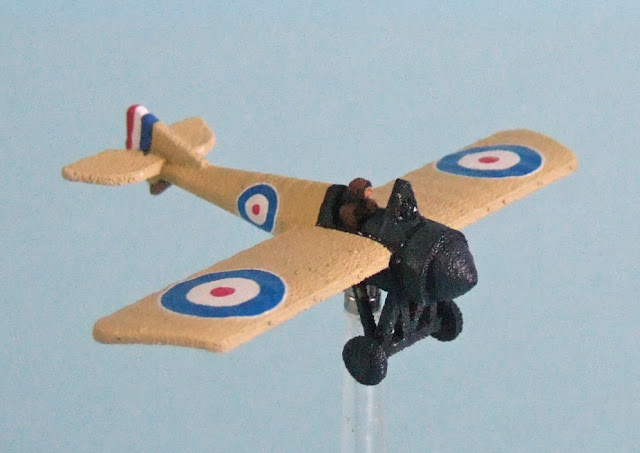 Rather than order some and wait I opted to finish the plane off as an RFC machine of No. 1 Squadron, Royal Flying Corps. This machine was flown by 2nd Lieutenant Ralph Pool Turner who, age 23, was shot down and killed on March 9th 1916 by an LVG CII of Artillerie Flieger Abteilung 213, itself flown by Vizefelfwebel Arthur Groschler and Leutnant Patheiger near near Hollebeke in Belgium. 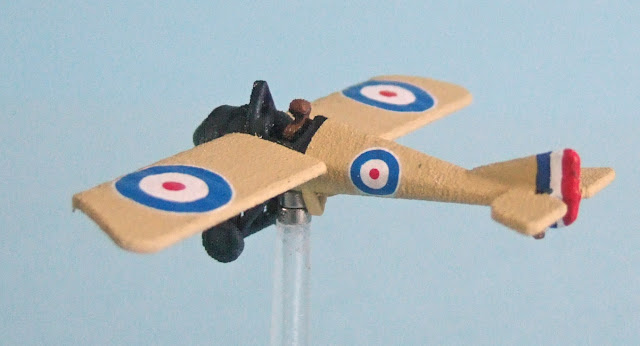 Groschler wrote to a friend describing the dogfight, "on March 9th, 1916, south of Ypres, a French Morane-Saulnier single-seat fighter shot down in aerial combat with English Lieutenant Thurner (Turner). He was killed by a shot(s) to the chest. (The combat) began at a height of 2,400 meters, to 100-75 meters before we ended the combat by killing Turner." 2nd Lieutenant Turner was buried at Larch Wood, Zillebeke, Belgium.