(WWII) S is for Scharfschützen!

Along with the Zugtruppe yesterday I managed to finish two sniper teams. I'm not quite sure if I will ever need two on the table at any one time but as the sniper figures were different I decided to paint up two teams. 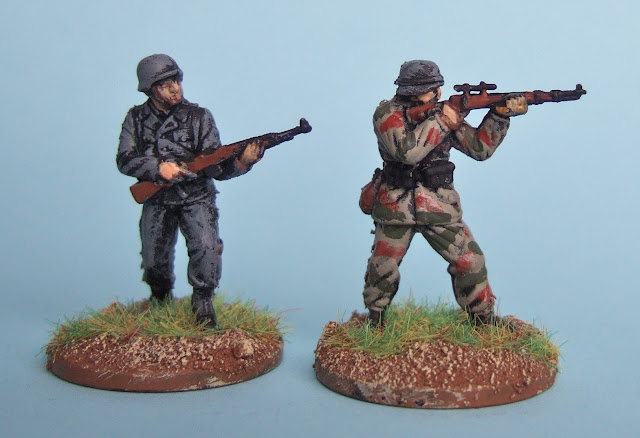 The miniatures are (IIRC) Esci and Revell, just don't ask which is which! Painting is a little on the rough side. I am using a heavy drybrush technique over a black undercoat then some detailing. This is giving me a pleasing scruffy end of the war look to the figures, as well as being quite quick. 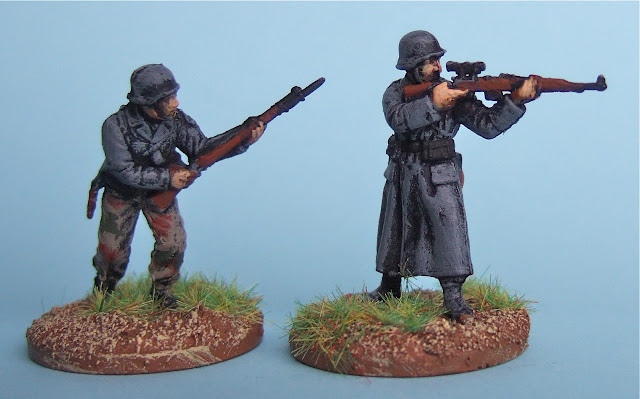 The three Grenadier sections are coming along nicely and (touch wood) should be finished by the end of the week. I've also started gluing my Kübelwagen together which was going to be the transport for the Panzerschreck team but now they have joined the Zugtruppe will have to find an alternative use.
Posted by Steve at 09:53:00