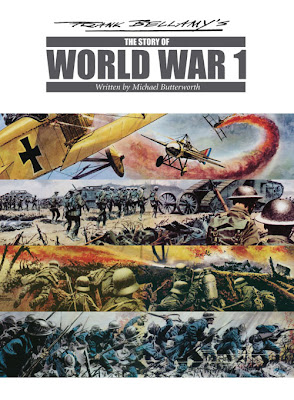 To those of us of a certain age(!) the name Frank Bellamy will be well known as an extremely talented  artist whose work featured in the Eagle and TV Century 21, the latter where he drew the Thunderbirds strip. He also drew the long running Garth strip that ran in the Daily Mirror in the early seventies.

A company called The Book Palace is collating much of his work into book format and recently I managed to get hold of a collection entitled Frank Bellamy's World War 1. To be 100% accurate it should be Michael Butterworth's and Frank Bellamy's World War 1 as Frank was only the artist and Michael Butterworth wrote the text, chronicling a basic history of the Great War for readers of Look and Learn in the early seventies.

I must confess that I don't recall the series from the time, though I was only a sporadic Look and Learn reader and really only interested in the Trigan Empire! However, this is an amazing piece of work and Frank Bellamy's full colour artwork is absolutely stunning.

Unfortunately the book is a little on the pricey side at £25, though I did get mine off Amazon for a lot less, it is certainly worth keeping an eye out for... 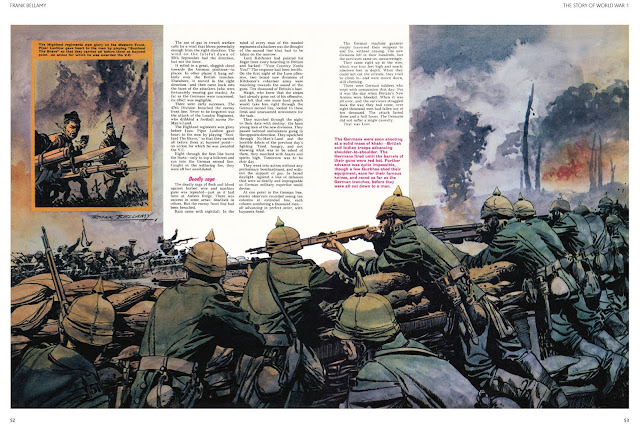 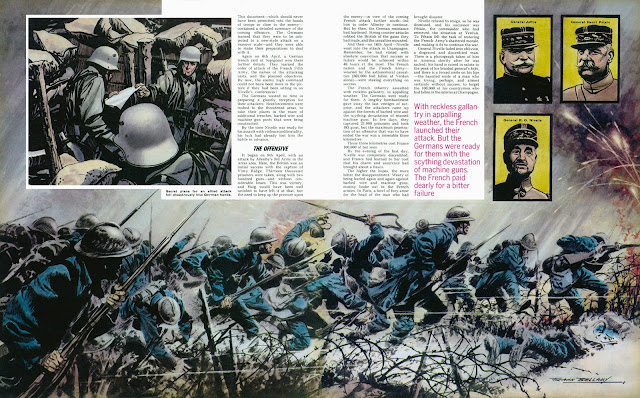 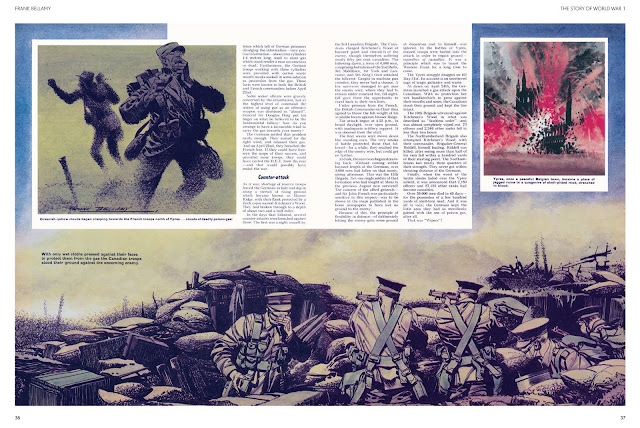 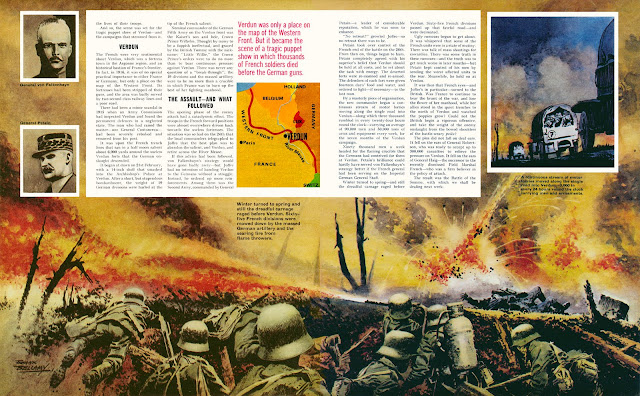