Whilst it is not a major problem, the fact that Mongoose's Battlefield Evolution: World at War rules is no longer supported, expanding the army lists to include troop types and nationalities not included in the main rule book will mean a bit of work on my part. I do have the A.D.Publishing vehicle supplements produced when Bf: Evo was open licence but there are still gaps that will need filling.

Therefore I was pleased to come across the Signs & Portents archive which contains some useful material for the game including Partizan and Volksstrum units (very useful for the late war games I want to play) and a number of scenarios.

Signs & Portents was Mongoose's free PDF magazine that supported their wargames and role-playing games lines. For a short period they produced separate wargames and RPG versions before combining them from issue 54 on.

There is some interesting stuff contained in the magazines including naval and SF wargames articles and through judicious use of a PDF editor I shall be downloading the PDF's and removing the unwanted pages. 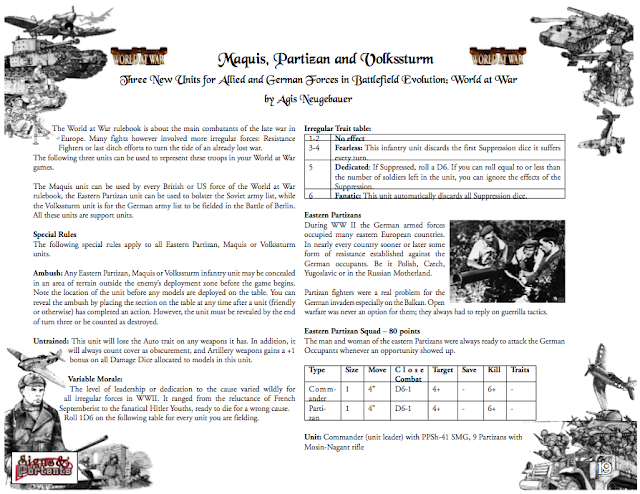 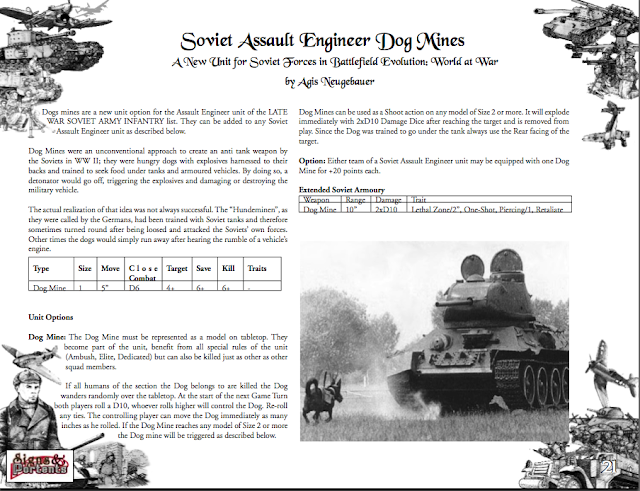 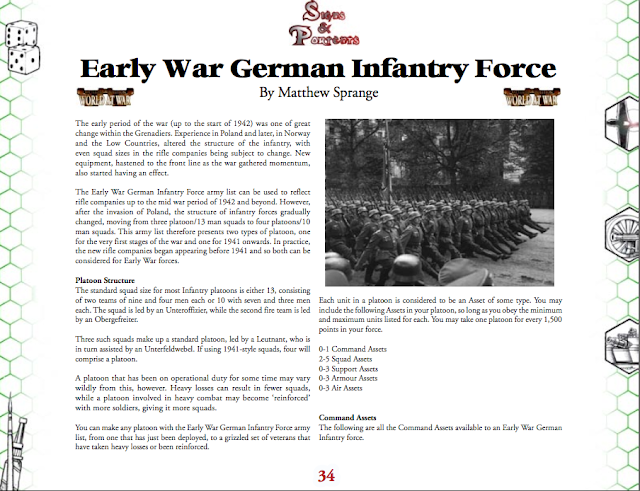