"Freedom is not a stick of wood to be presented as a bone to obedient dog. It is a thing all men deserve." 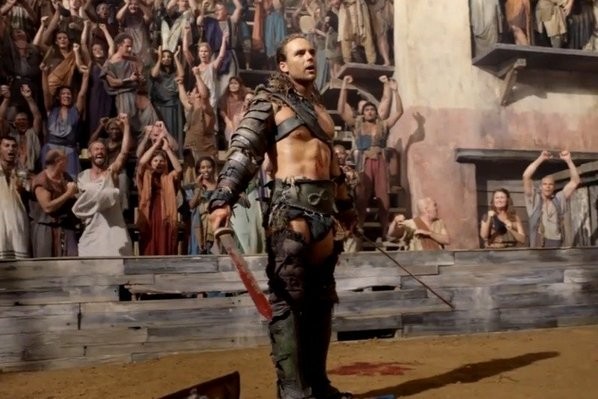 Starz's over-the-top "historical" drama Spartacus came to an end last night in suitably dramatic and gory fashion with the climatic final battle between Spartacus and Crassus. Given the somewhat loose interpretation of history they maintained the drama and uncertainty until the final scene! There have even been some wonderful nods to the 1960 film in the last few episodes.... 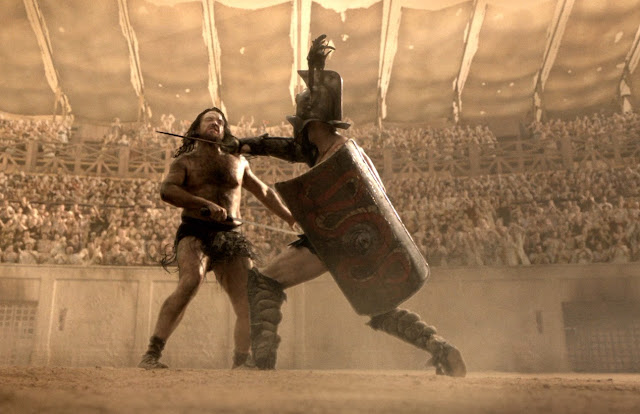 Purists will no doubt look down their nose at the series and I must confess the first time the series showed I only watched the first half hour before giving up with the 300-esque approach. However enough people interested in history (including some academics and writers) spoke fondly of it I decided to give it another try when the prequel mini-season Gods of the Arena stated. After another thirty minutes of teeth grinding I started to get into the series and it soon became un-missable television. 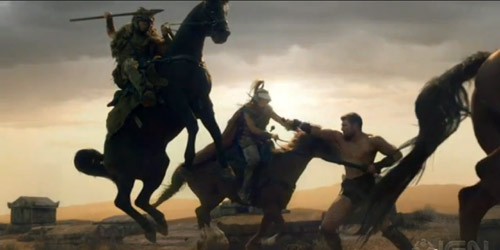 Ok, it is has some glaring historical inaccuracies (especially the Roman armour), the battles show a shocking lack of knowledge of Roman legion tactics (until right at the end last night) and the plot does put drama before known historical facts. That said the broad sweep is accurate and it brings the ancient period to life in dramatic fashion. 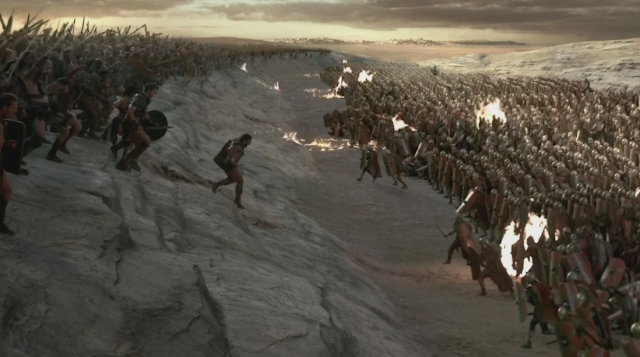 Overall it is more a legendary retelling of the story of Spartacus in the manner of the storytellers of ancient times, rather than a documentary of known facts and with that in mind it is an excellent production which brought alive the barbarity and spectacle of the gladiatorial arena alive in a way never seen before. Somehow they managed to capture the fact that this was a sport to the Romans and the portrayal of the frothing crowds is undoubtedly more akin to reality than many more serious films. 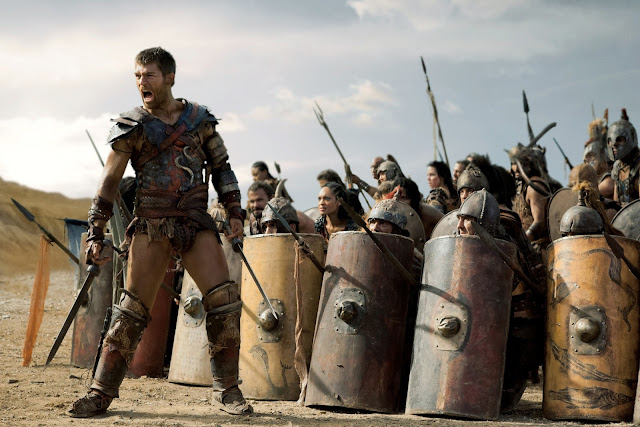 "One day Rome shall fade and crumble. Yet you shall always be remembered in the hearts of all who yearn for freedom."
Posted by Steve at 14:03:00