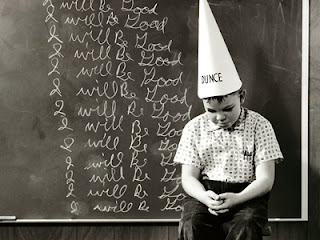 Feeling moderately chuffed with my work on a points system for Iron Cow, Mark Bevis and Davd Stuckey pointed out I had made something of a schoolboy error (although they were much politer in doing so), as, to quote Mark, I was "using a linear system for calculating points."

Armed with this insight I went back to Excel!

Assuming my original baseline vehicle design approach balance that speed, weapon and armour are all roughly equal (in the case of our M82 Boyd MBT) I followed yesterday's first costing attempt, tweaking the speed divider to 5 from 10 giving me numbers of Speed 56, Weapon 55, Armour 60. Add in AA and Morale (Marine +6 this time) I got to 181. Cube that and divide by 1,000 I got to 5,881! Dividing it instead by 100,000 it becomes a more manageable 59 points for one Boyd tank.

With this formula I did the remaining AmRep Marine Corps vehicles:

But what of the infantry you ask? Well they came in at a paltry 3 points.

As David pointed out; "one has to recall that infantry have other advantages over tanks - they can or should be able to hold ground, enter and control buildings and such and therefore are useful in games where vehicles are not". This is of course perfectly correct and this is the major failing of the points system when it comes to anything other than a straight forward encounter game with no varying factors like terrain, weather etc., and how realistic (or entertaining) are straight forward encounter games?

However, despite this a points system of sorts does have a potential use as a campaign tool in the likes of Iron Cow as well as giving players some idea of the relative value of their own AFV designs. Consequently I think I am going to start using this with Iron Cow and will now give some thought on how to produce a spreadsheet that other gamers can use to cost their forces as well as design their own vehicles.