Following Pearl Harbor the threat of invasion by the Axis powers was a concern that gripped America. In March 1942 Life magazine printed an article entitled Now the U.S. Must Fight for its Life, written by Phillip Wylie looking at six alternative scenarios for an Axis invasion of the United States. 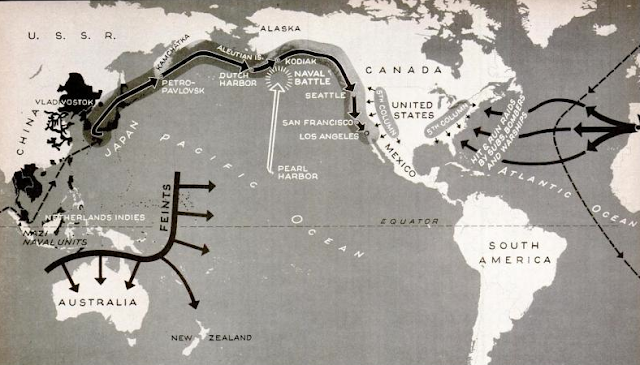 With the benefit of historical hindsight it is rather fanciful and the author admits the presupposition that the Allies have nothing but bad luck and the Axis nothing but good luck, however it is quite insightful in recognising the potential threat of the Vichy French fleet and that if the Axis were going to win the war that they needed to knock America out in 1942 before its industrial might came into play. 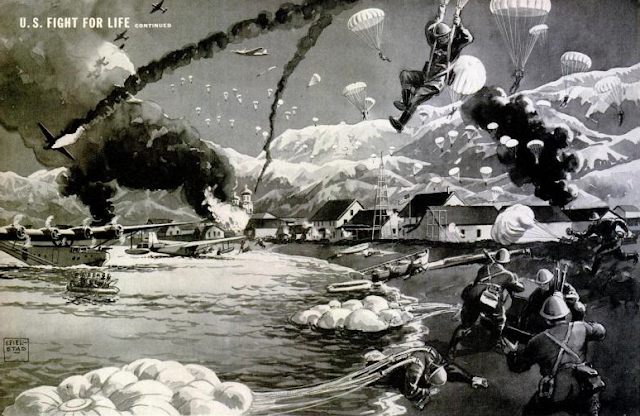 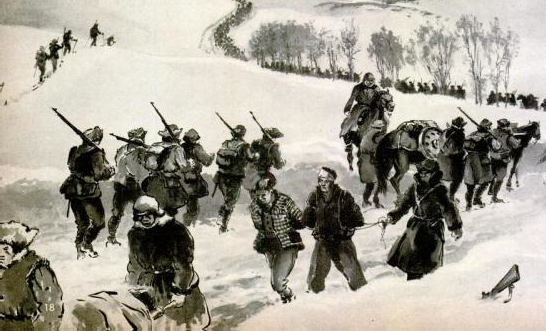 From a wargames perspective the article does offer a lot of great ideas for one off "What if?" games or even a campaign. Japanese troops invading Alaska, German paratroops seizing East Coast airports, all have great potential. Naval wargamers may also like the idea of the Kriegsmarine reinforcing the Japanese Fleet in Pacific battles. 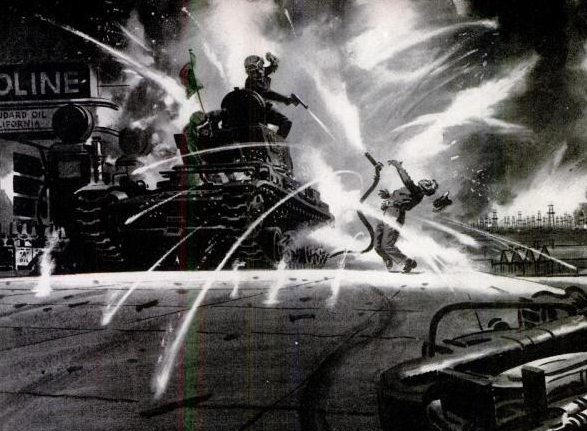 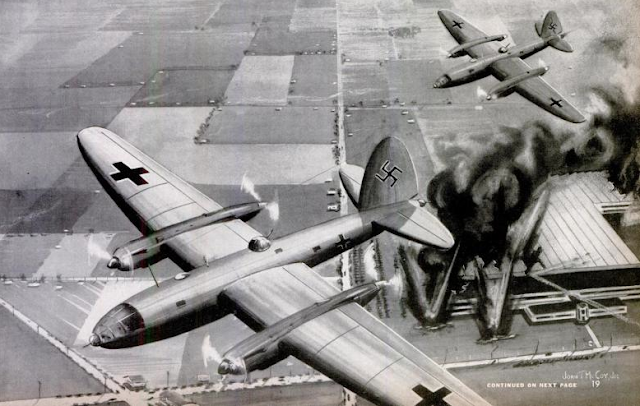