The Deadliest Strike in U.S. History...

You may recall a couple of years back I posted about The Redneck War that occurred in West Virginia in 1921 and ended with the Federal government using planes to bomb the miners. Yesterday was the anniversary of the Ludlow Massacre, a pretty shameful incident in in the 14-month (1913-1914) Southern Colorado Coal Strike sparking what became known as the Colorado Coalfield War. 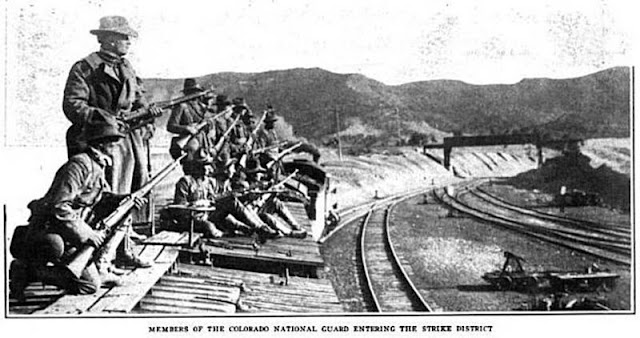 With the Colorado National Guard acting on behalf of the employers alongside the strike breakers of the Baldwin-Felts Detective Agency, the United Mine Workers of America decided to arm its members and following the massacre, when the Guard machine gunned a miners camp killing women and children, the striking miners launched a ten day guerilla war before the Federal government stepped in disarming both sides. 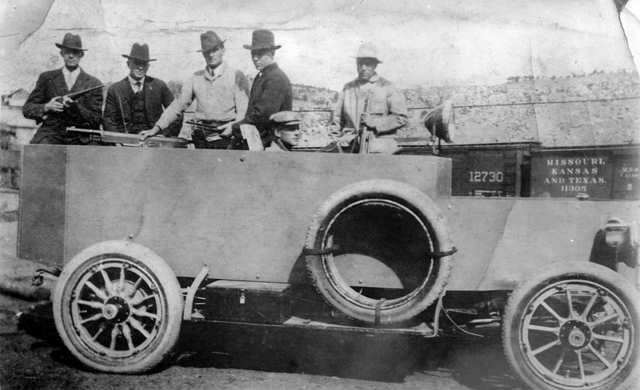 Wargaming the Coalfield War could be quite simple exercise. Miners could be represented with a mix of suitable Old West and Victorian working class types as could the mine guards. The National Guard  seem to have a mix of doughboy and cowboy hats and a number of manufacturers produce Pershing Expedition miniatures which could be used. The addition of homemade armoured vehicles (such as the Guard's 'Death Car' pictured above) would add an interesting element.