Blast-Tastic! (and Bark At Ee) 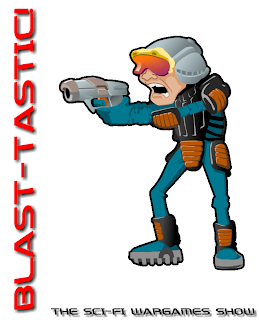 Hopefully you will have seen that Michael at Angel Barracks is organising an SF wargames show in Bristol called Blast-Tastic!, to be held on October 4th next year. As it is in my home town it would be churlish not to get involved so I have offered to put a game on at the event.

After some pondering, given the selection of Wessex Games SF rules I had to chose from, I have decided to be ambitious and put on a combined Aeronef/Aquanef game with aeronef engaged in anti-aquanef warfare and battles occurring on, in and over the ocean. This should look pretty funky and the rules were written with this kind of thing in mind.

With 14 1/2 months to go I should have enough time to get everything organised...