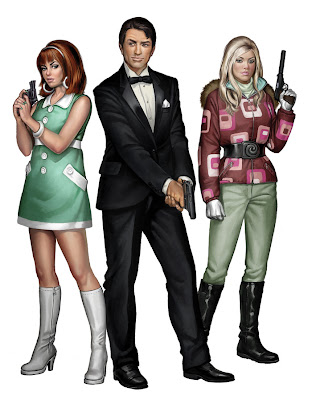 I'm having an interesting new Kickstarter experience. Normally anything I'm interested in is fully funded in five minutes and I have to try and resist all the stretch goals (and usually fail). Currently I'm sat biting my fingernails waiting to see if one gets fully funded!

Last Sunday Warm Acre's Spy or Die Trying caught my eye and after watching the videos of the game I concluded this would be a lot of fun so in good old Dragon's Den style I decided I was in! With five days to go the Kickstarter is still short of its target. It is getting closer but with five days to go I'm getting increasingly concerned that it might miss the boat, which would be a hell of a shame as I'm quite convinced this could be one of the best new games this year.

So, if you aren't a backer and like spy movies (who doesn't?) go have a look and see what you think...