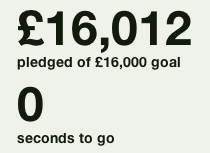 One of the benefits of working in Paris last week was that I could not keep checking the funding situation on the Spy or Die Trying Kickstarter. Just as well really as it crept over the finishing line achieving its funding total by just £12!

I'm glad the game has been funded and I surprised that given Warm Acre's track record and the subject matter it was such a close run thing (especially when people seem to want to throw money at Mantic). In the end I went for the game bundle which includes the Hour of Glory boardgame and upgraded to add the forthcoming Spy or Die Trying miniatures, which look pretty good. 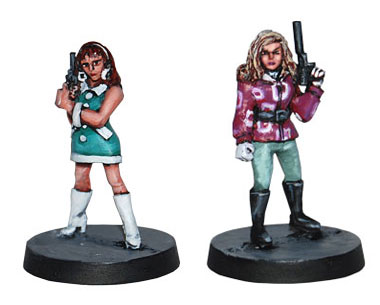 It was interesting to learn that a number of people pledge on Kickstarter then withdraw with less than 24 hours to go (the cads!). It seems the authorities have got wise to this and if a project has reached its target within a day left then pledges cannot be reduced or withdrawn if it causes the project to fall below the target. Spy or Die Trying did hit around £16,500 with 48 hours left before some bids were withdrawn causing much  concern with gamers who had pledged and were keen to seen the game produced. All's well that ends well I suppose but it can't have been fun for the guys at Warm Acre.

Back in Blighty now, I have made some more progress on the Romano-British foot and hope to get them finished over the weekend before starting on the cavalry...
Posted by Steve at 17:00:00