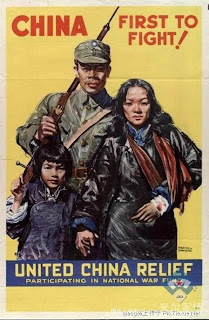 The British 14th Army in Burma is often referred to as The Forgotten Army, and given the level of awareness of the efforts of British forces in Europe and North Africa it is an understandable monicker. However there is another army even more forgotten (especially by wargamers) WW2 army and that is the Chinese.

When I was buying the Revell Japanese for a Far East Battlefield Evolution: World at War platoon I gave some thought to a suitable opponent. Having enjoyed Keane's book on Kohima, it is pretty much inevitable that it will be British and Imperial in Burma, it will also allow me to give some thought to raising a small Kings African Rifle force which is something I have wanted to do for a while.

However, the British were not the only allied troops in Burma and I've started to develop an interest in the Chinese contribution to the allied war effort, after all, they were the first to fight, engaging the Japanese in all out war in 1937. 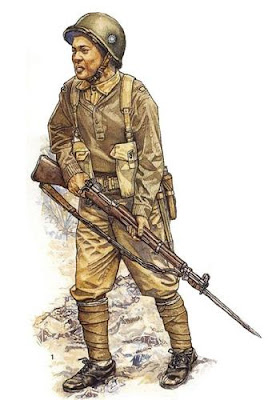 Whilst I know some broad sweeps, Burma Road and all that, I soon realised how little I did know. Further, given the level of China's contribution to the Allied war effort they really are a forgotten army when it comes to wargaming! Ok, the Far East is not as popular as North West Europe, the Eastern Front or North Africa but how many companies make WW2 Chinese wargames figures? Quite...

In 20mm all I have found is one box of plastic miniatures from Caesar (kudos to them) so I have snapped up a set to form the core of a 1944 Chinese platoon to fight the Japanese. They used a lot of Allied equipment and uniforms so they will be bulked out with some British and American troops, with some head swaps to reflect the mix and match nature of the Chinese.

Not sure when I will get around to the Far East, but the stockpiling has started!