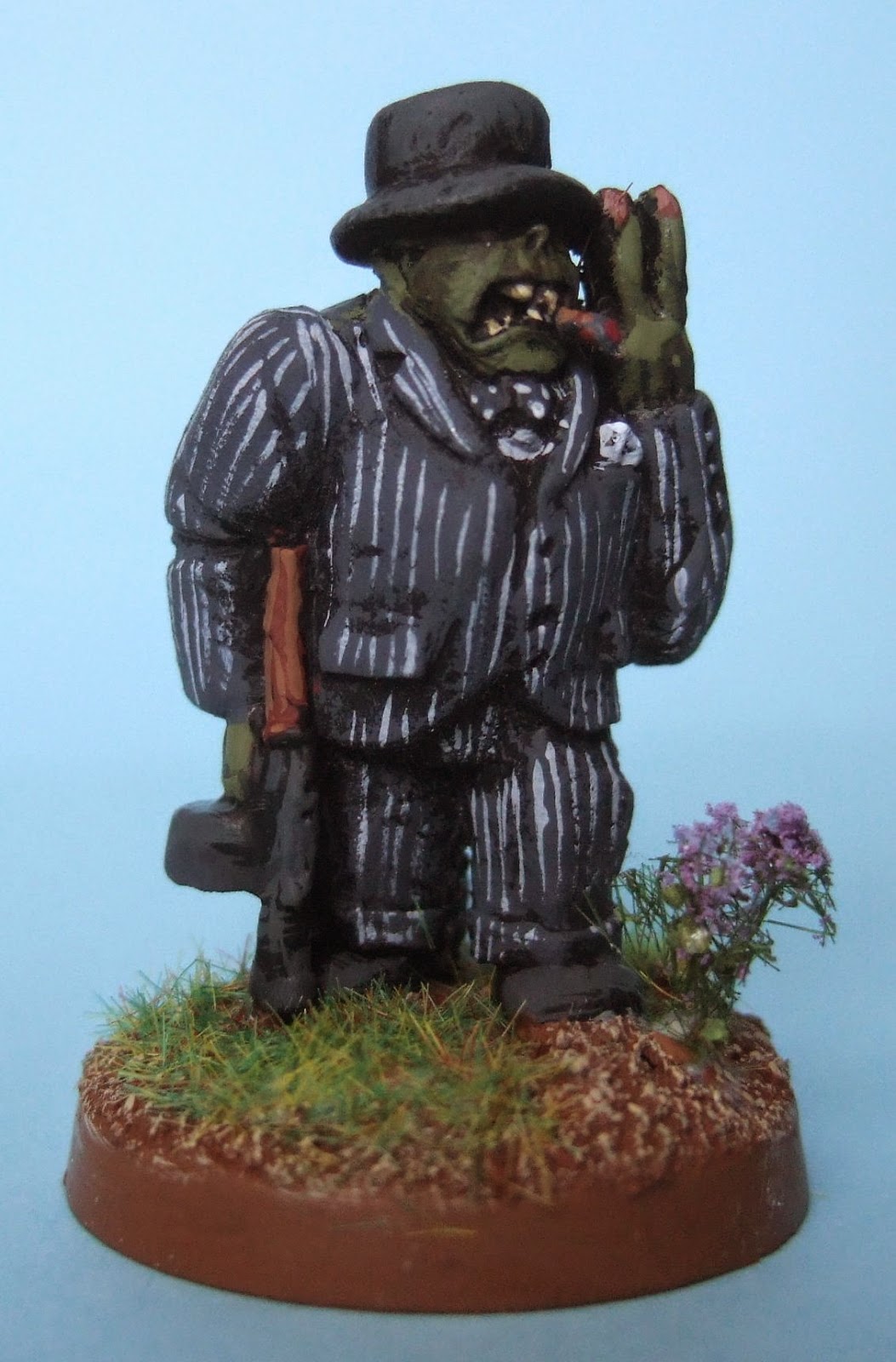 I've managed to grab a few moments over the weekend to base and undercoat some miniatures including this model of the famous Orc Warlord Chûrg-ill for Panzerfäuste which I subsequently finished painting this afternoon.

Any similarity between him and a famous cigar-chomping British wartime Prime Minister is purely coincidental but he is prepared to take out any Dwarf Fallschirmjäger on behind the lines missions!

On the Panzerfäuste front I've also started painting the Orc Highlanders which are proving a bit of fun (researching orc tartan is not as straightforward as one might think!)

I've also dug out the Loud Ninja Games Space Raptors for the start of a new sub-project which I'll come back to later this week.