After seeing Saul off to his new life as a music student in Cheltenham, I decided to have a bit of "me time" with a beer and the TV remote! Over the last week I have been recording the Greatest Tank Battles series on H2. The computer generated graphics are pretty lame, but the first hand accounts really interesting and the episode I watched on the tank battles of the early stages of the Korean War, really inspiring. 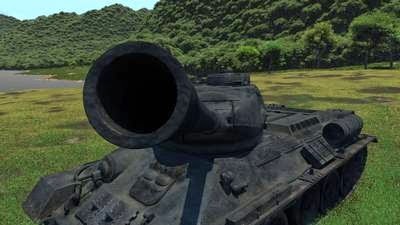 I have mentioned a desire to do some Korean War Wargaming before as it is a subject that has  fascinated me since learning about it at school in O level history. Previously I had thought about 28mm or 20mm platoon infantry actions, but there is a window for some great 6mm company level a armour battles.

The North Korean forces can be drawn from my planned 1944/45 Soviet forces, indeed the paint schemes are identical so they can do double duty. Infantry are more of a problem but IIRC Heroics make some insurgents in peaked caps that may be useful. The US forces are largely late WW2 and once I have progressed the late war Gerrmans and Soviets the intention always was to return to my first proper wargames army, the Americans, so this may well kill two birds with one stone.

Of course I have other projects on the go at the moment, but I will keep the back burner lit as I have enjoyed painting the 6mm armour this year and want to do some more...
Posted by Steve at 21:26:00