I had a bit of a brainwave earlier today about retinues for Lion Rampant. Nice though 28mm metals and plastics are (and not that I don't have piles of them) I remembered that helping insulate the loft was the legendary old Airfix Robin Hood Sherwood Castle set. Venturing forth I discovered the caste set which contained the 20mm Robin Hood and Sheriff of Notingham figure sets. 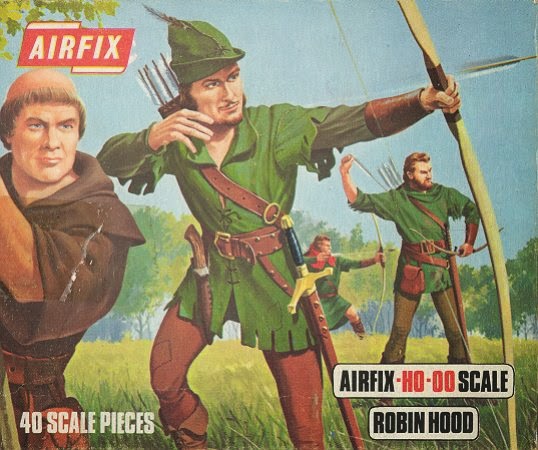 The Robin Hood box contains fifteen bowmen, ten with staves, ten with hand weapons as well as Mad Marian and Friar Tuck. That gives two unit of bowmen and one and a half serfs units. Marian and Tuck will be useful for scenarios. 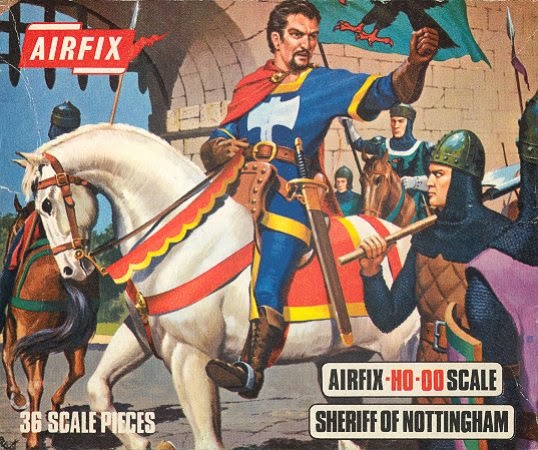 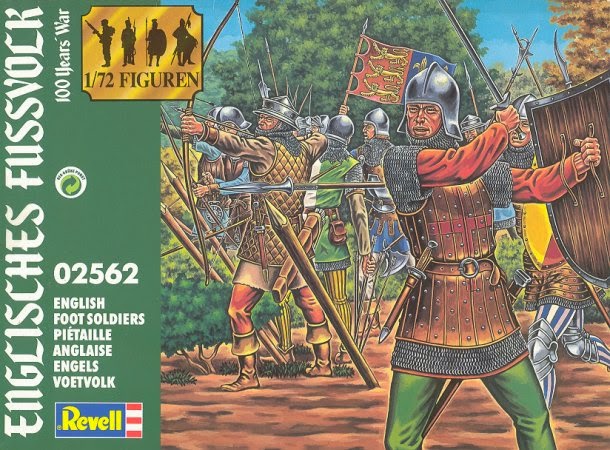 Whilst in the loft I also found two boxed of old Revell Hundred Years War English Foot Soldiers and one of the French Knights. Again a number of useful units including another of mounted knights, some more foot knights, as well as foot serjeants and yeoman. 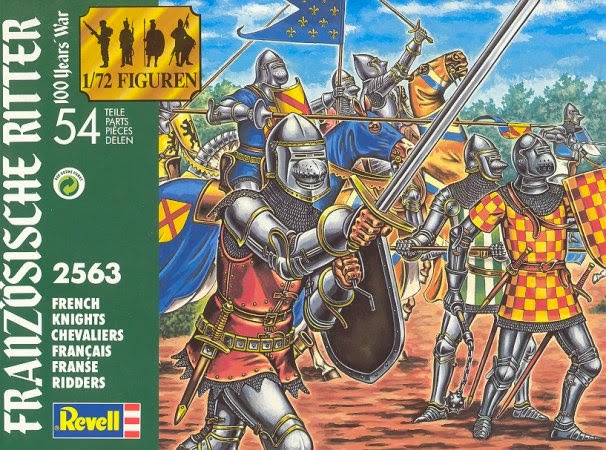 Looking at Plastic Soldier Review the Zvedza box sets look even more useful and I might get a box of French infantry for some more crossbowmen (something the Revell French set is a bit light on).