I finished the last of the the Panzerfäuste Highland Orcs today, an NCO with tommy gun and officer with claymore. The latter was supposed to have a pet haggis but I lost the model I sculpted! 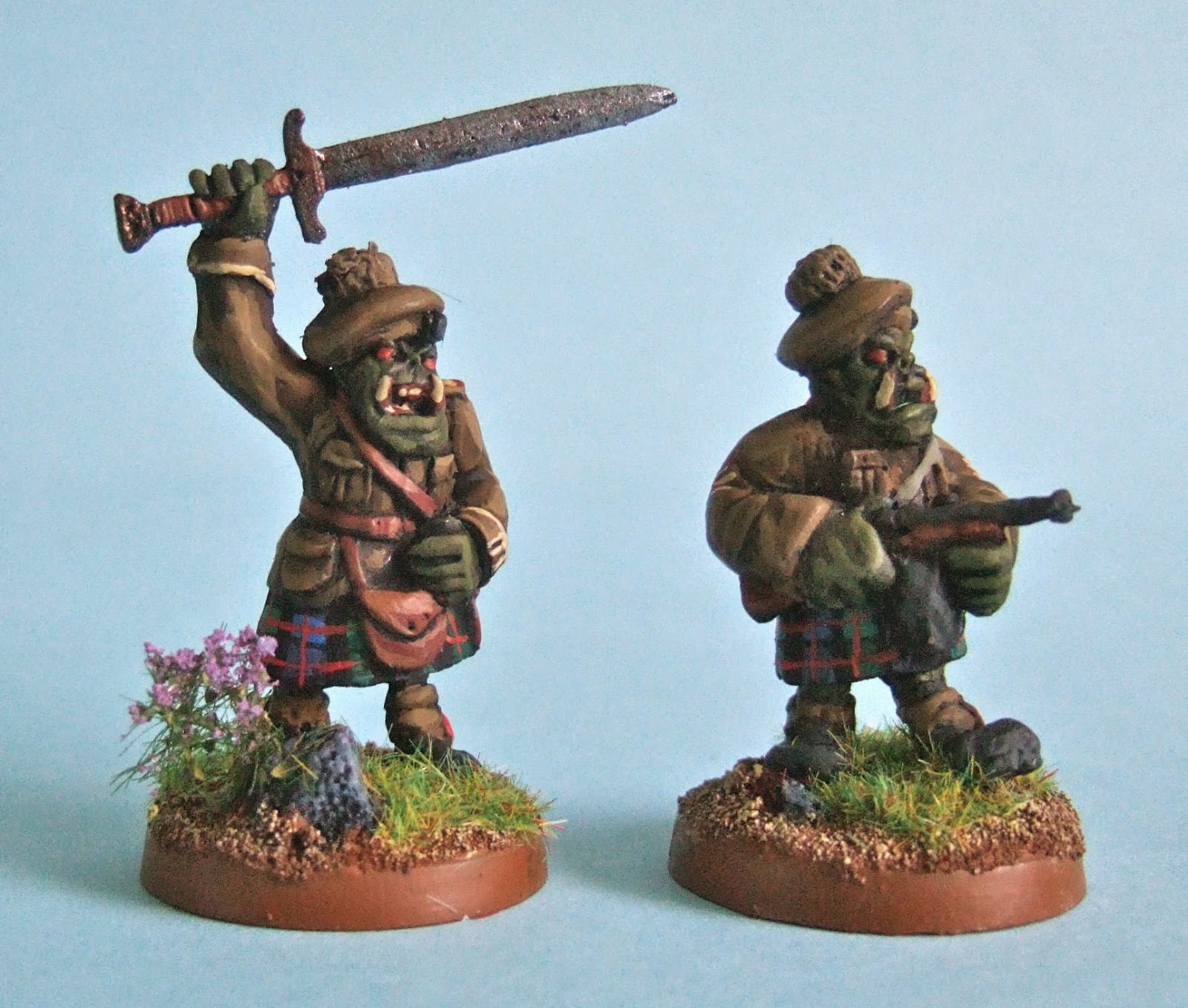 I was going to sort out some Retinues this afternoon but the wargaming butterfly had been distracted by SWMBO watching Defiance over the weekend (the Forest Jews film, not the SyFy series) so I based up and basecoated fifty odd 20mm WW2 partisans instead! :-) 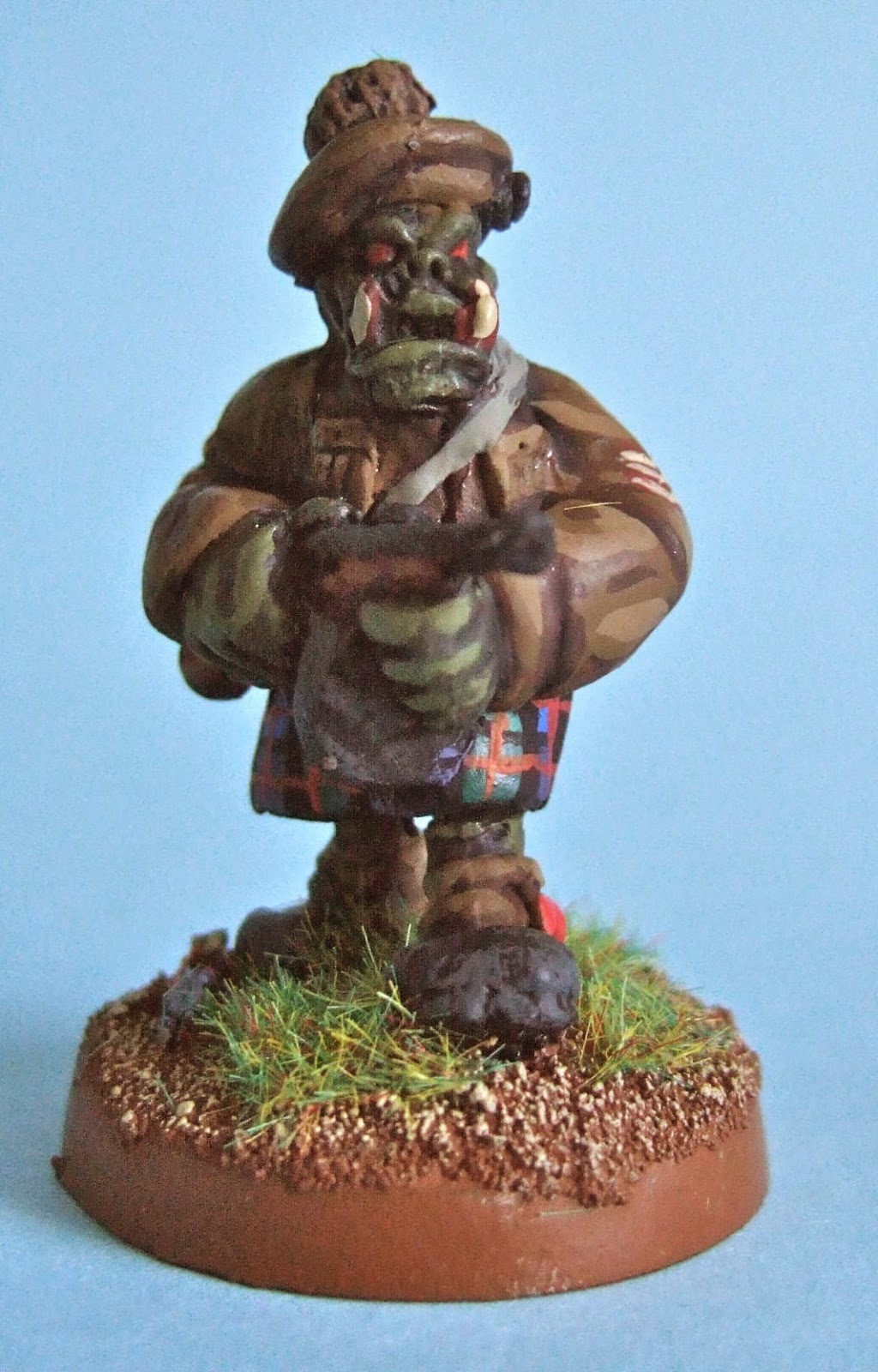 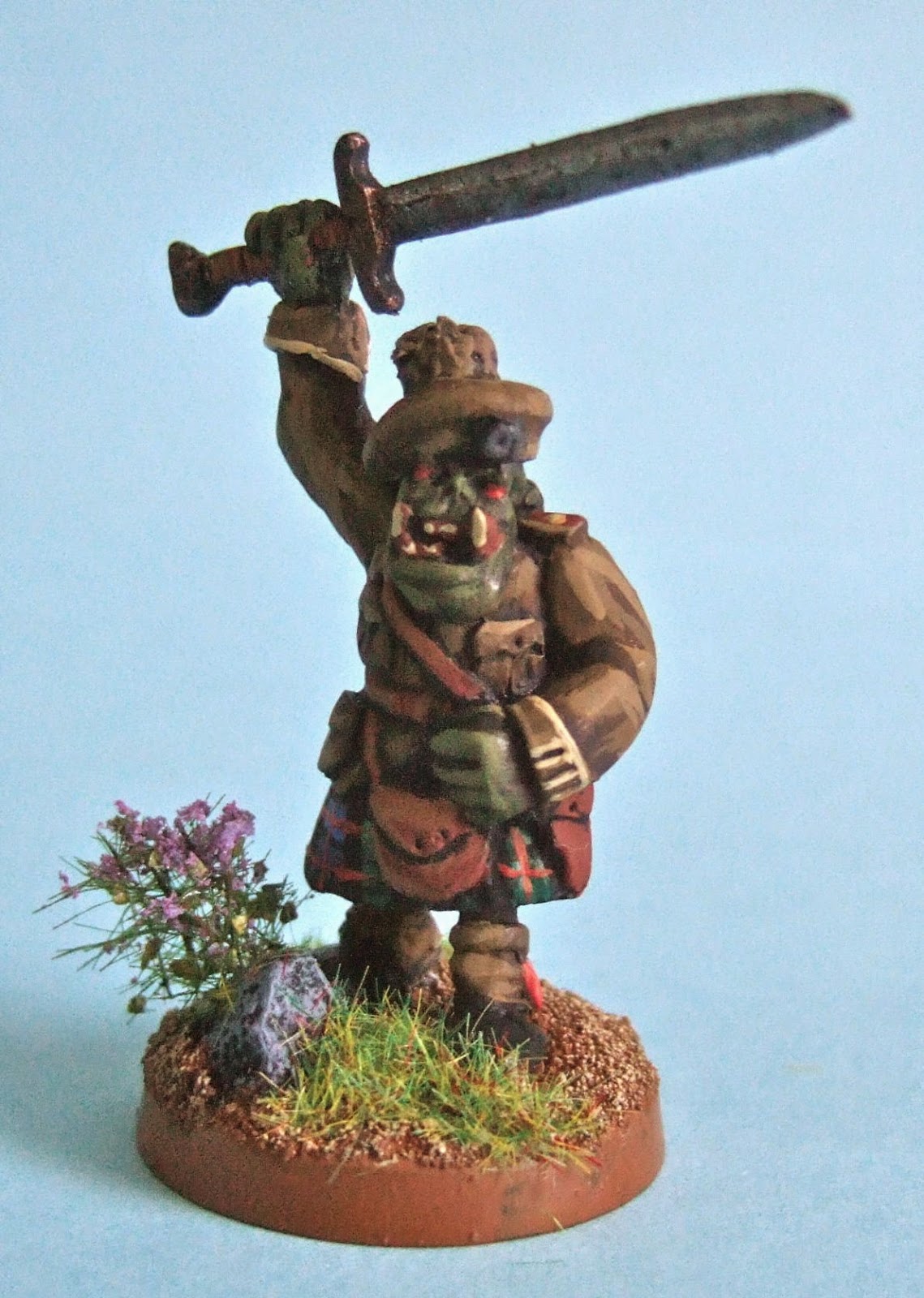