(Ancients Month) Where Did the Days Go?

Ok, so there is still just over a day left of "Ancients Month" and I should have a 40 strong warband and 8 additional skirmishers finished by then (dip was painted on tonight) or maybe a day or two after. Obviously this was not as much progress as I expected to make...

After the initial burst of skirmishers I thought getting most of the 186 infantry done would be a breeze.  However I forgot about work which sent me to such diverse places as Haverhill, Bolton and Basingstoke this month, seriously impacting my available painting time. That said, despite this I should have 64 done by the end of January (or as near as). 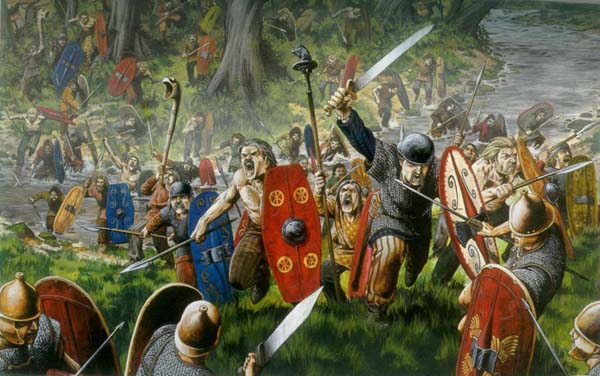 So was is the idea of a dedicated month a good idea or a bust?

I think it's a good idea and may have worked better if real-life work hadn't had such an impact. I certainly found it helped discipline me from starting new units/projects (I had such a craving to paint some Wargames Factory Shock Troops up it was untrue!). Perhaps my 186 target was too ambitious given my lack of familiarity with the subject (the irregular nature of the clothing is taxing) but I'll still have painted more figures this month than I have done in many years previous so that isn't bad.

I have decided that once the figures on the workbench are finished that I will put the bulk of the remaining Celts away for a month or two before having another "Ancients Month" (I may keep the chariots out and make them up). Next month will be something different period wise and scale...